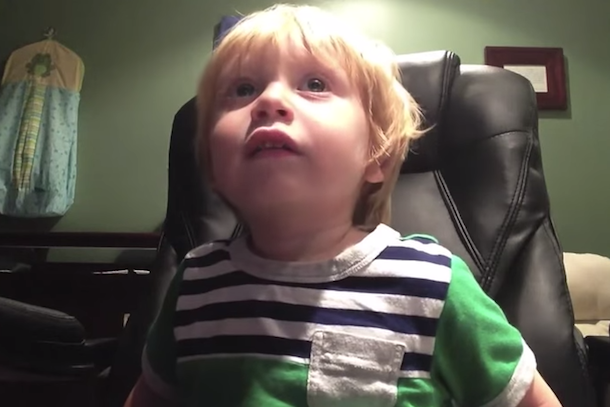 Do you like cute kids with savant-like knowledge of sports? Of course you do. You’re not a monster.

You’re going to want to check this one out, then. It features a two-year-old kid named Beckett Sage (seriously parents?) who can name the entrance song to twenty different WWE stars in just two minutes (okay, so maybe I exaggerated a bit when I said he had savant-like knowledge of sports). In fact, with most of the songs, little B.S. shouts the name of the wrestler a fraction of a second after the song starts.

If Name that Tune were still a thing, this kid would be a champion.

Yep, that is absolutely adorable. Though I will say, at the risk of being a buzzkill, little Beckett is probably watching a little too much wrestling. I mean, I don’t want to tell his parents how to do their jobs, because I’m definitely not a parenting expert. But I do write about pro wrestling from time to time, and in my experience the WWE is probably not appropriate for impressionable toddlers.