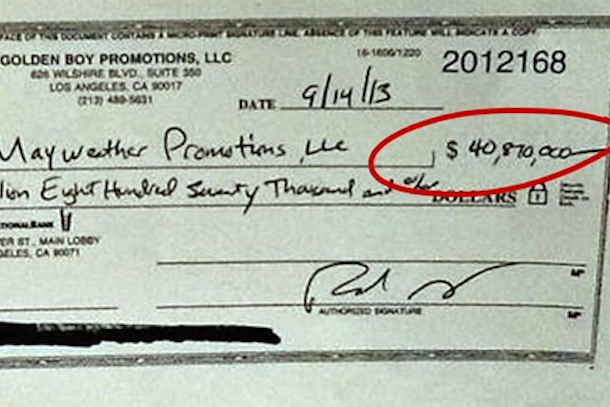 Remember last week, when 50 Cent got on the interwebz, piggybacked on the ALS Ice Bucket Challenge craze, and challenged his ex-BFF Floyd “Money” Mayweather to prove he knows how to read?

It was pretty hilarious if you like a good adult illiteracy joke. And a day after the challenge was issued, New York hip hop station Power 105 aired some interesting evidence that suggest 50 Cent may have been on to something—unedited audio of Mayweather trying to read a charity promo.

Have a listen, but be warned—it’s pretty damn awkward:

So okay, Floyd should probably enroll in the Derek Zoolander Center for Children Who Can’t Read Good and Who Wanna Learn to Do Other Stuff Good Too. He actually might have trouble getting through one page of a Harry Potter book in a timely fashion.

However, while Floyd may not read good, he wants everybody to know he is extremely wealthy and a very capable arithmetician.

They don’t call him Floyd Money Mayweather for nothing, do they?