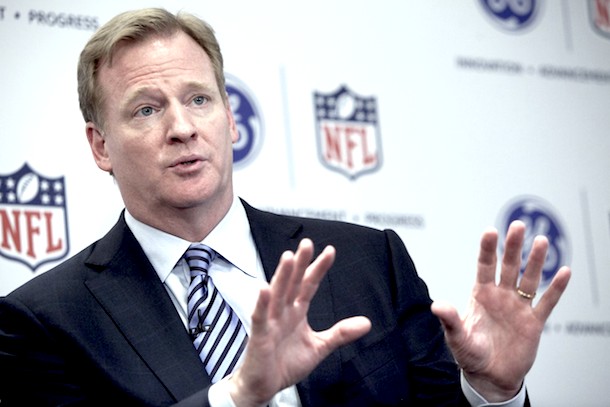 When TMZ published the video surveillance footage of Ray Rice punching his wife on Monday, the NFL denied that they had already seen it. According to them, they believed Janay Palmer when she said she played significant role in the altercation. And ostensibly, this is why they only gave Rice a two-game suspension back in July.

This of course contradicted a number of previous reports by respected football journalists. Back in July they cited “league sources” who said the NFL had seen the Ray Rice video. And now the folks over at TMZ are reporting that the league made the explicit choice to see and hear no evil.

At this point there are two separate reports coming from TMZ. The first claims that some people from the NFL did go to the Revel Hotel and Casino in Atlantic City to watch the surveillance footage. And while the identity of those people is unknown, it means somebody knew how bad it was.

However, according to the second report from TMZ, the league never asked for their own copy of the Ray Rice video. And one source from the casino says they almost certainly would have given them a copy had they asked.

So basically, what it looks like is this: when presented with the opportunity to watch the Ray Rice video, the NFL—and possibly Roger Goodell himself—looked the other way because they didn’t want to suspend a star player from the team that won the Super Bowl two years ago.

Of course, unless physical proof of the NFL’s lack of diligence comes out, it’s going to be Roger Goodell’s word against TMZ and their “sources.” So stay tuned.