It’s been a rough week for the younger Manning brother, and things aren’t getting any better with this mock Eli Manning text from his dad, Archie Manning. Earlier today, we showed you Eli’s jersey getting burned by an overzealous New York Giants fan, and now this.

In the fake back-and-forth Eli Manning conversation, it quickly becomes apparent that Archie thinks no son of his would have gotten wiped the way Eli did on Monday night by the Lions. Obviously, the convo is a cathartic way to chastise Eli and the Giants for their efforts, so it’s just a nice little bonus that we get a Tony Romo dig in there, too. I mean, it was inevitable, right?

The Eli text comes on the heels of a fake text conversation from old brother Peyton Manning to Wes Welker, in which Peyton crucifies Welker for his alleged drug use over the summer.

If there’s just one takeaway here, it’s this: Don’t get into a text conversation with the Manning family. They never shut up. I hope they have unlimited data.

I would hate to see the conversation that took place when Cooper told his dad that he didn’t want to play football anymore. Yikes.

You can see exactly what Archie Manning had to say to Eli by checking out their text message conversation below (via ProFootballMock): 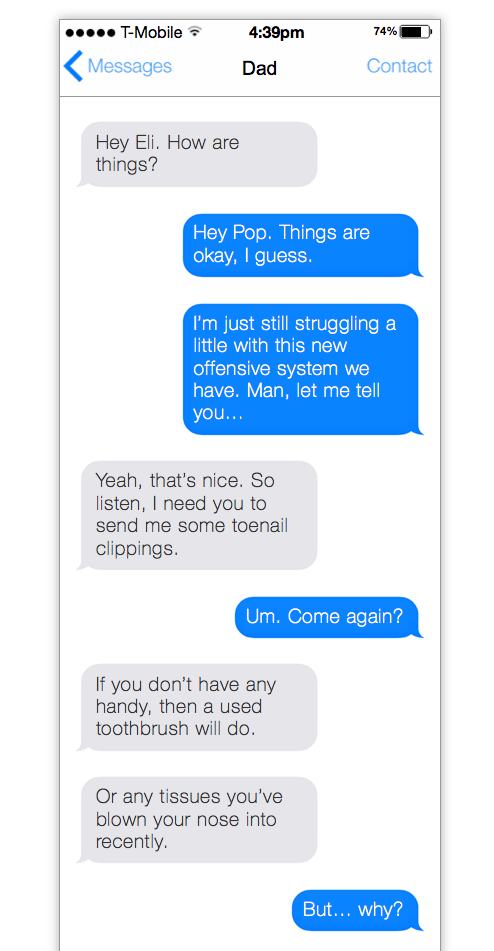 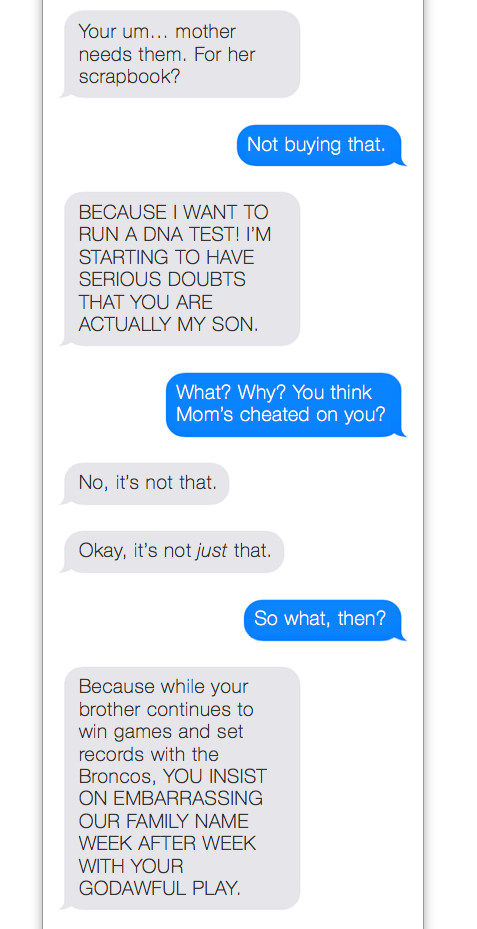