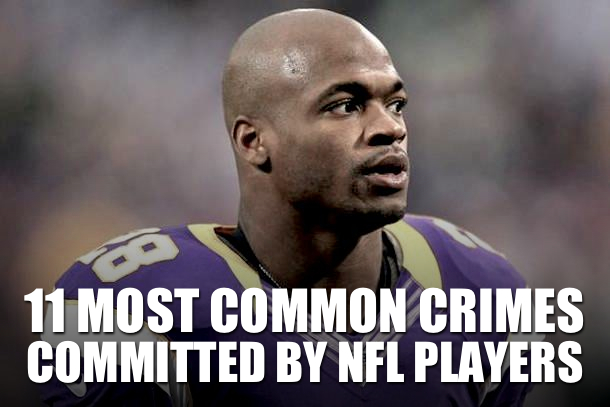 Well this certainly isn’t how the league was hoping things would go. Two weeks into the 2014 NFL season, and so far the biggest stories are about players who beat their wives and children.

First it was the video of Ray Rice punching his wife in the elevator of an Atlantic City casino. Now Adrian Peterson has been arrested and indicted on charges of reckless or negligent injury to a child in connection with some “discipline” the former league MVP handed out to one of his kids.

However, as anyone who follows football can tell you, Ray Rice and Adrian Peterson are hardly the first NFL players to give the league a black eye. NFL arrests are about as common as J.J. Watt swats or Eli Manning interceptions.

Today we’re going to look at the most common crimes committed by NFL players since 2000, adding up arrests, indictments, and citations—but not necessarily convictions, since most NFL players, like all rich and famous people, often avoid actual convictions by agreeing to “diversion programs”. (That is, they get counselling and do community service in exchange for prosecutors dropping formal charges.)

The stats come from USA Today via a very cool interactive NFL crime tracker. Take a look and see just what kinds of criminals you’re rooting for week in and week out. 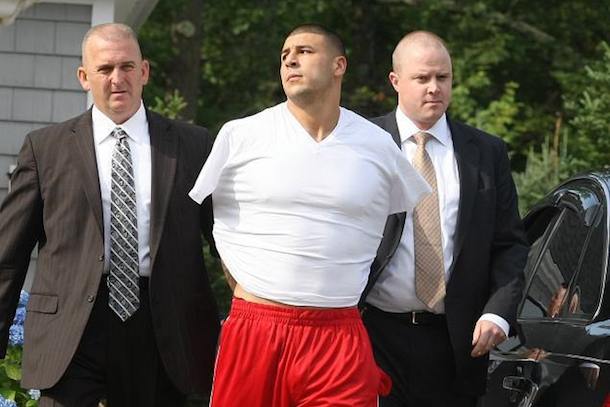 Arrests, Indictments, or Citations: 3 Primary Offenders: Linebackers (2) Fortunately, murder charges are still rare among NFL players. Since 2000, there have been just three. The last NFL player accused of murder, of course, is Aaron Hernandez, who is accused of murdering three people. Meanwhile, the first was retired Ravens linebacker Ray Lewis, who was charged with murder in 2000 before eventually getting the charges downgraded to obstruction of justice. In the middle is the tragic case of Jovan Belcher, who murdered his girlfriend in 2012 before taking his own life in the parking lot outside Arrowhead Stadium in Kansas City. And of course, if you want to extend the range of our little investigation by just one year, there's the horrifying case of Rae Caruth, who brutally murdered his pregnant girlfriend in 1999. But since we've decided to look at cases from 2000 onward, technically we can't count that one. 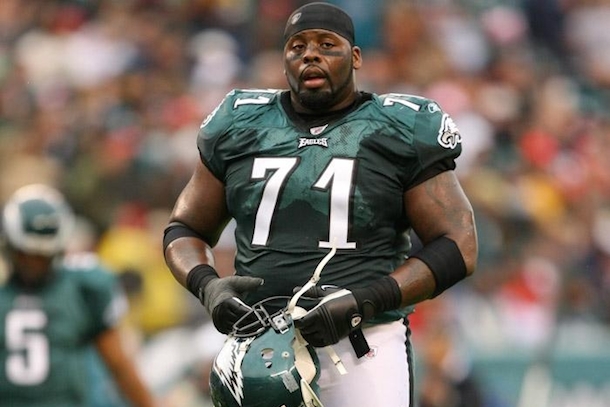 Arrests, Indictments, or Citations: 14 Primary Offenders: Offensive Linemen (3) After murder, the next most-common crime committed by NFL players is resisting arrest. Of course, the funny thing about resisting arrest is that you have to be doing something else wrong to be able to resist an arrest, but often that's the only charge that ends up sticking. Take Eagles lineman Jason Peters, for example. He was accused of drag racing and resisting arrest in 2013, but eventually just pleaded guilty to "resisting officer by flight," which cost him a mere $656.50 fine. 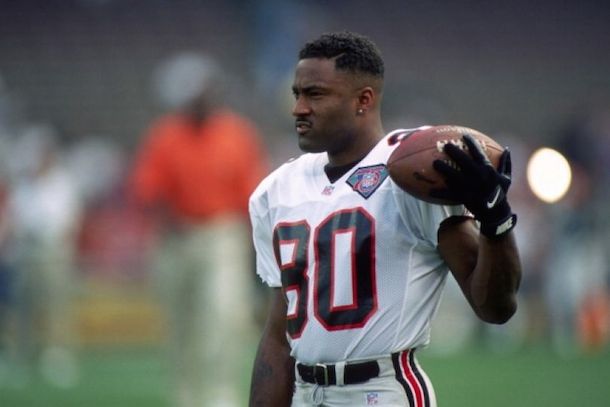 Arrests, Indictments, or Citations: 19 Primary Offenders: Wide Receiver (6) Theft is a particularly strange crime for a professional athlete to commit since they usually have plenty of money. But in happens. In fact, in the case of former Falcons and Chiefs WR Andre Rison—a.k.a. the guy whose house was burned down by Lisa "Left Eye" Lopez—it happened twice. First he stole a fancy tape recorder from a Guitar World in Overland Park, Kansas. Then he stole $78,000 worth of jewelry by writing a bad check.

Arrests, Indictments, or Citations: 19 Primary Offenders: Cornerbacks & Running Backs (3) These days when you think “NFL sex crimes” the name that probably comes to mind is Ben Roethlisberger. However, Big Ben was never actually arrested or charged with raping anybody, so he technically doesn’t count. Bills running back Travis Henry counts, though. In 2001 he “attempted” to have sex with a 15-year-old who said she was “almost” 18. And you know who else counts? The other Minnesota Vikings players who got busted for their so-called “love boat” cruise—i.e., that time they got a bunch of strippers and hookers and took them out for a good time on Lake Minnetonka. But more on that in a little bit. 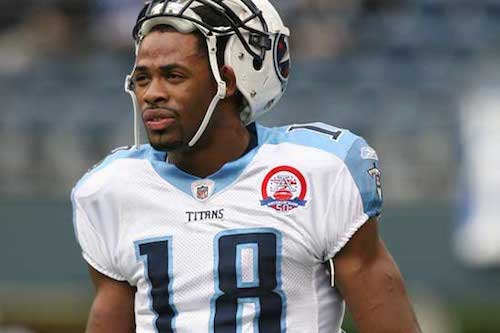 Arrests, Indictments, or Citations: 34 Primary Offenders: Wide Receivers (9) When it comes to vehicle-related offenses, Rams receiver is the king of the NFL. And by "king" I mean" idiot." The guy was pulled over in January of 2010 and arrested when the officer learned he had three outstanding traffic warrants. Then the guy was pulled over again in August of 2010 for having windows that were tinted too dark and—guess what?—he was cited with driving without a license. Real smart, Kenny. 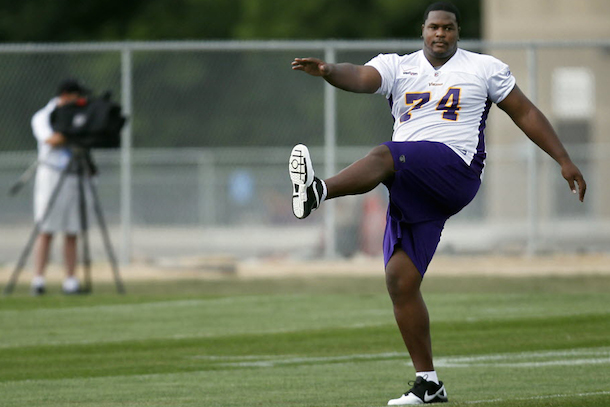 Arrests, Indictments, or Citations: 40 Primary Offenders: Cornerbacks & Offensive Linemen (9) Disorderly conduct can be a lot of things. It could be taking a leak in public, or it could be mouthing off to a police officer. In the case of Bryant McKinnine, pictured here, it was that aforementioned “love boat” sex cruise with Dautne Culpepper 15 other members of the Minnesota Vikins back in 2005. I won't get into the details here because I don't want to make you blush, but you can read about some of specific, very graphic accusations here. 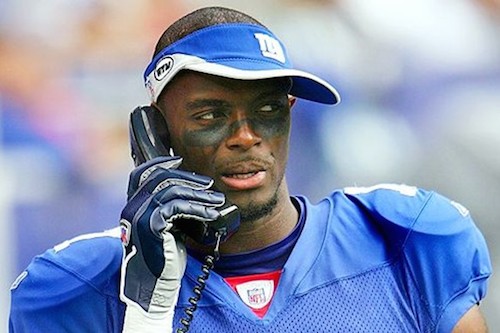 Arrests, Indictments, or Citations: 55 Primary Offenders: Cornerbacks (9) There were originally 57 cases in this category. However, we decided to move Aaron Hernandez and Jovan Belcher into the murder category along with Ray Lewis. After all, it hardly seemed fair to put a moron who shot himself in the leg at a club with illegal firearm in 2008 (i.e. Plaxico Burress, pictured here) with a guy who executed three people in cold blood (i.e., Hernandez). 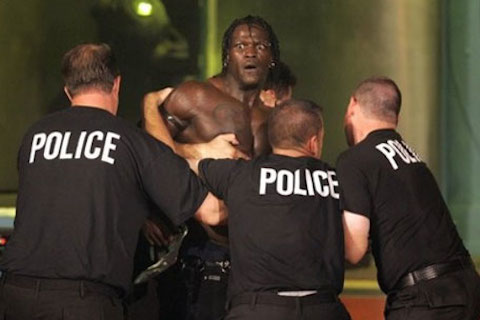 Arrests, Indictments, or Citations: 93 Primary Offenders: Linebackers (20) As you can see, NFL players are almost twice as likely to assault someone with their fists than with a firearm. As for Adam "Pacman" Jones, here...well, assault and battery is just one of the many offenses for which he has been cited and/or arrested over the years. (He's now up to eight run-ins with the law since 2005) 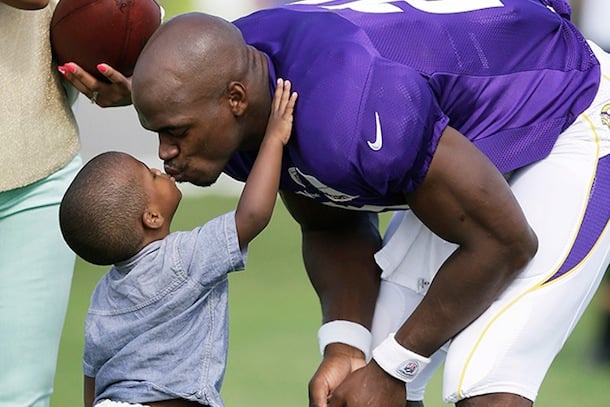 Arrests, Indictments, or Citations: 96 Primary Offenders: Linebackers (16) Some people might have put Adrian Peterson in the assault & battery category. However, we put in domestic abuse. That's not to say what Peterson did (or is accused of doing) was the same or just as bad as what Ray Rice did. But it's definitely not the same as betting into a fight with some guy at a bar. And that's what most simple "assault" charges stem from. In any case, as you can see from the numbers, domestic violence is a HUGE problem in the NFL. 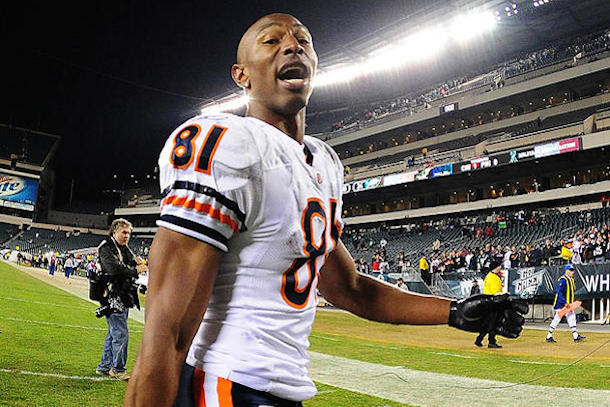 Arrests, Indictments, or Citations: 102 Primary Offenders: Wide Receivers (20) There are only two (illegal) things NFL players do more than abuse members of their family, and one of them is doing drugs. Of course, in some cases NFL players don't just do drugs. Some—like Sam Hurd, who got busted trying to buy an entire kilo of cocaine from a cop back in 2011—distribute them. And in fairness, it's not just players who do drugs. I added one more to the total in this category to include Indianapolis Colts owner Jim Irsay. Because it's only fair. 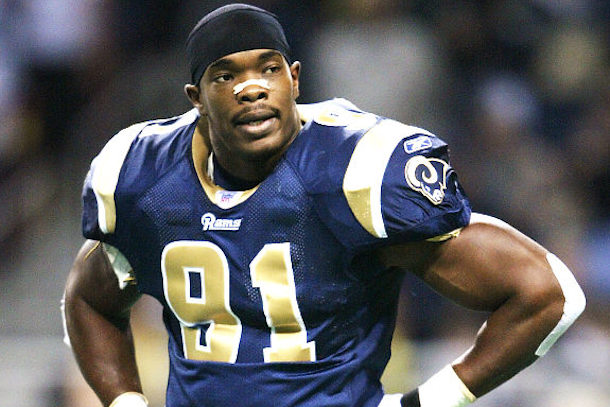 Arrests, Indictments, or Citations: 253 Primary Offenders: Wide Receivers (44) The most common illegal activity among NFL players, and the one that poses the greatest risk to the general public, is drunk driving. On average, 18 players get charged with driving under the influence every single year, and usually the league just gives them a slap on the wrist. The poster boy for NFL drunk drivers is former St. Louis Rams defensive end Leonard Little. His most serious offense came in 1998, when he drove home for a party with a .19 blood alcohol content and killed a St. Louis woman. His punishment? Four years probation, a thousand hours of community service, and an eight-game suspension—for ending somebody's life. But hey, he learned his lesson, right? He'll never drive drunk again? Nope. In 2004, Little was pulled over again on suspicion of drunk driving and failed several field sobriety tests. He got another two years probation for that, but no suspension. Because hey, nobody died this time, right?