Things Got Very Awkward on the Spurs’ Kiss Cam (Video) 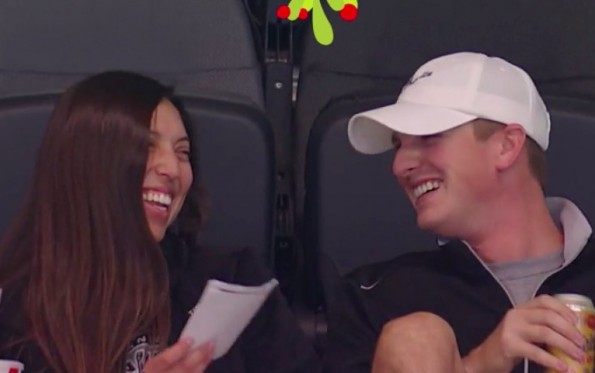 The Kiss Cam was invented to entertain us in two different ways: with sweet kisses between some couples, and terribly awkward moments between other couples—like the one you’re about to see from Monday’s Spurs game.

I could sit here and explain how it’s awkward (mostly because having a camera on you for 60 seconds and asking you to kiss someone who definitely doesn’t want to be kissed is awkward), but it behooves you to watch it.

The girl seems pretty uptight and unfun, and the dude’s dressed like he’s about to go sailing in the middle of December. It’s all very weird.

Things got a little awkward during pregame last night… https://t.co/l4hwpkgvNG

The best explanation is that they’re having an affair and can’t be seen kissing (but he wouldn’t dress that way for an affair, would he?) and the worst is that she just doesn’t like him like that and just wanted to hang out as friends. Either way…ouch.