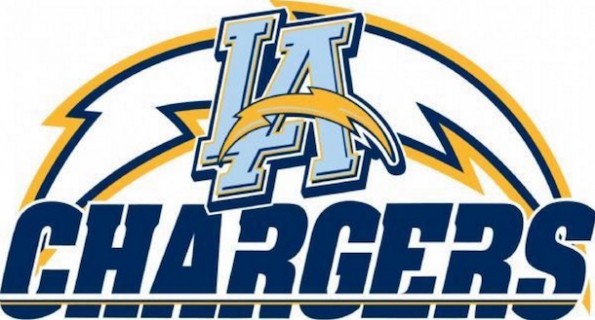 The Chargers are still in San Diego, but should the team come to an agreement with the Los Angeles Rams before their January 2017 deadline, they won’t have to worry about naming rights.  That’s because the franchise reportedly filed “Los Angeles Chargers” and “LA Chargers” trademarks with the U.S. Patent and Trademark Office last Thursday, just two days after the Rams made their move from St. Louis to L.A.

The Chargers are currently in negotiations with the Rams on a deal that would allow both teams to share the proposed Inglewood stadium once it’s ready to go for the 2019 season. The negotiations began on Monday, with no details being released to the media. If they can’t work something out, the Raiders would then be given the opportunity to negotiate with the Rams.

As for the trademark application, it covers everything, from football jerseys to Christmas ornaments.  No word yet on when you can expect to start seeing Los Angeles Chargers Christmas Balls at your local Hallmark.