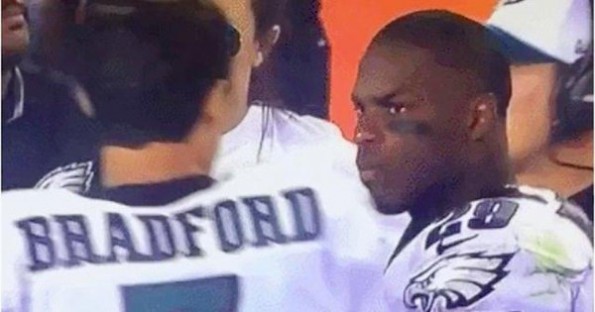 I understand wanting to get your client the best deal possible, but let’s be serious here for a second. Sam Bradford is a walking injury & interception waiting to happen. Bradford finished the year with 19 TD’s and 14 INT’s, hardly anything close to having the leverage of asking for $25M a year.

“ESPN’s Jim Trotter said on NFL Insiders, via theBigLead, that Bradford’s agent, Tom Condon, was asking for $25 million per year before the 2015 season.”

This is going to make for a very interesting offseason. New Eagles head coach Doug Pederson, who was introduced to the media during a press conference yesterday, had this to say about the QB:

“I think Sam, he’s got all the tools, there’s no question,” Pederson said. “There’s no denying that. Got good size, got a great arm, good mind for the game, and it’s just a matter of now, just plugging him in and cutting him loose and utilizing those strengths in this system.”