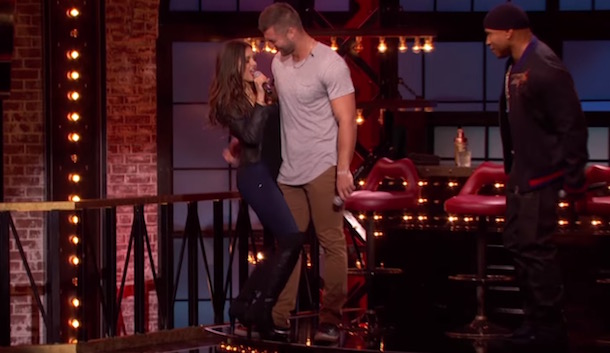 Yesterday we showed you a sneak preview of Tim Tebow‘s Rocky Balboa impersonation while lip synching to “Eye of the Tiger” on Lip Sync Battle.

Today, Spike released a sneak preview of Tebow’s opponent, sexy Canadian actress/model Nina Dobrev.  And from the looks of it, Tebow’s right leg may have finally lost its virginity to the crotch area of Dobrev’s jeans.

If Tim Tebow really is still a virgin, this could be the closest anyone has ever come to taking his V-Card. Check it out: