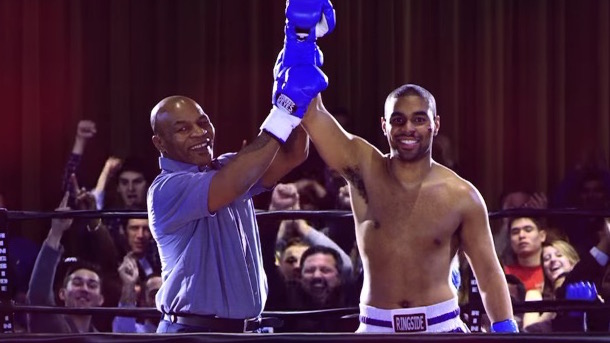 Folks watching Super Bowl 50 from the Washington D.C. area were treated to an unexpected delight on Sunday when Mike Tyson—former heavyweight boxing champion, ex-con, author, playwright, and cultural commentator—appeared in a Super Bowl ad for a local plumber/electrician.

The plumber/electrician in question is Washington’s Michael & Son. The ad aired after the conclusion of the first half, before the halftime show.

It’s not immediately clear whether the plumber is doing so well that he can afford to hire Mike Tyson, or if Mike Tyson is doing so poorly that he’ll do a commercial for a local plumber. All we know is that, either way, we’re very glad this commercial exists.

The king of local Super Bowl commercials is still Will Ferrell, who did that bizarre Old Milwaukee ad a few years ago that aired in random small towns in Montana, Oklahoma, and Texas. But Mike Tyson is a close second now.

I’m pretty sure Tyson’s ad had absolutely nothing to do with plumping, electrical, or heating and cooling services. But everybody in DC knows the name Michael & Son now. So mission accomplished.