French Women’s Soccer Fight Is Nothing Short of Savage (Video) 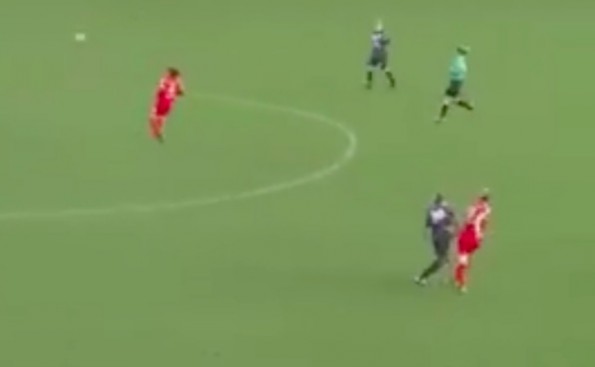 Normally, when you hear the names “Maude” and “Eva,” you don’t conjure up violent punching machines. But Maude Perchey of Rouen and Bordeaux’s Eva Sumo are doing their best to alter those stereotypes.

In a recent game, something led to a disagreement between the two, and before you could bat an eye, they were swinging at each other in a manner that you never, ever see in soccer fights.

They were out for blood. Male soccer players could learn a thing or two from these French(!) women. Go for blood. Punch like no one’s watching. And don’t stop when the camera cuts away for the sake of decency.

I really wish that camera hadn’t cut away. I wanted to see how this bloodbath played out.