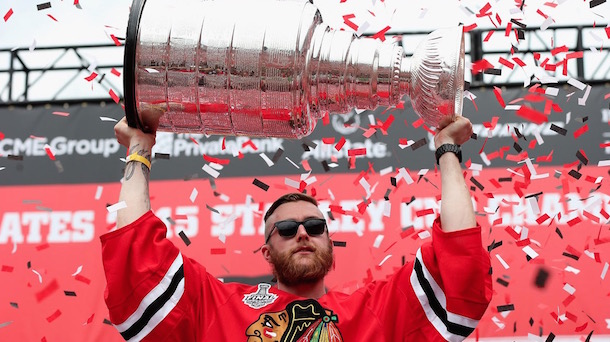 In 2010 Darling he was kicked off the powerhouse Maine hockey team for partying and drinking too much. Then, the following summer, he was cut loose by the Phoenix Coyotes, the NHL team that had drafted him three years earlier. So he bounced around the lowest-level pro hockey leagues in North America for a few years until finally, in 2011—after getting fired by his goalie coach and cut by a team in something called the Southern Professional Hockey League—Darling realized he had to get help. So he did.

So like I said, Darling, 27, doesn’t take anything for granted. He may be a fan favorite now, but five years ago his life was in shambles.

That’s what makes the following story so incredible:

Here’s another example of hockey players being awesome people… pic.twitter.com/mR1eNNB97F

Just paying it forward… Lucky to be in a position to help. https://t.co/3peoM1lWLu