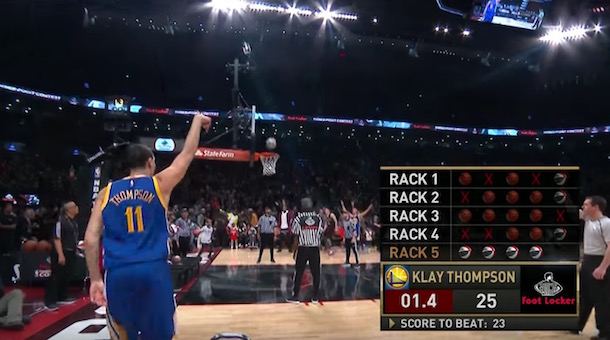 Besides the game itself, the NBA All-Star Three-Point Competition was one of the weekend’s most highly anticipated events, with a star-studded line-up that was highlighted by Golden State’s duo of Steph Curry and Klay Thompson.

And the Slash Brothers did not disappoint.

After finishing one and two in the opening round, Curry posted a solid score of 23 in the finals, setting the bar for Thompson who responded with a ridiculous 27 to snatch the three-point crown from his Warriors teammate.