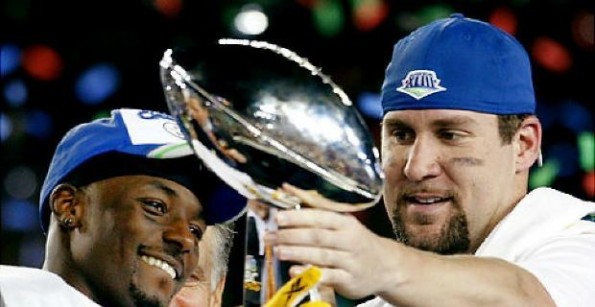 Former Pittsburgh Steelers WR Santonio Holmes offered some high praise for his former QB Ben Roethlisberger. When talking about the best quarterbacks of this era, Santonio Holmes believes Big Ben’s named should be mentioned before QB’s such as Peyton Manning & Tom Brady.

“How do you consider [Roethlisberger] an underrated player? Because he doesn’t get the same attention as Peyton Manning or Tom Brady? I would never compare Roethlisberger to any of those guys because, in all respect, he’s 10 times better than those guys because of the attitude and the tenacity that he brings to the game more than any other quarterback. The guy’s been hit by a car. And, basically, dismantled himself and wanted to play six weeks later. Things like that, that just don’t happen for a normal person. But to be able to have that kind of attitude and drive to want to do any and everything for his team, injury after injury, I want him on my team.”

Not just better, Santonio Holmes said Ben Roethlisberger is 10 TIMES BETTER than Peyton Manning & Tom Brady. 10. Not 5, but 10. CTE is real folks, get this man some help.