Marriott Hotel Says Erin Andrews Profited From Nude Stalker Vid, So They Shouldn’t Have To Pay 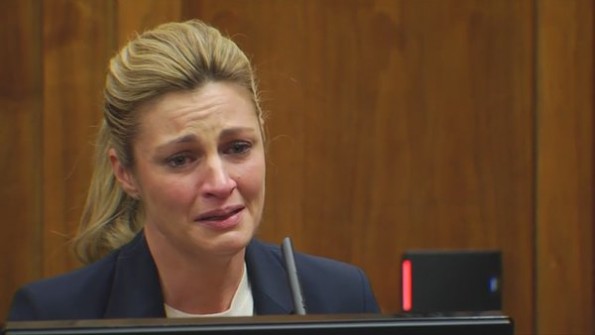 Former ESPN sportscaster Erin Andrews is in a grueling legal battle against a Nashville Marriott Hotel and a man named Michael David Barrett, who filmed Andrews naked through the hotel room door’s peephole and then published the footage to the internet.

Andrews is suing Marriott & the stalker for $75 Million, but the major Hotel chain says Andrews has made more money in her career because of the nude viral video and they shouldn’t have to pay up.

“Your income has gone up substantially since this occurred,” he added before Andrews’s legal team could object.

Marriott’s defense just asserted Erin Andrews made more money in her career as a result of the Barrett stalker video going viral. Disgusting 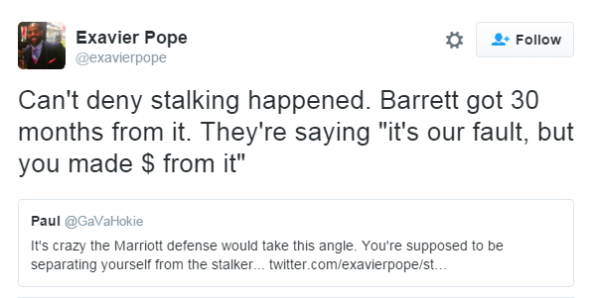 No surprise Erin Andrews is crying right now. Defense takes a pause. Not a smart move by defense.