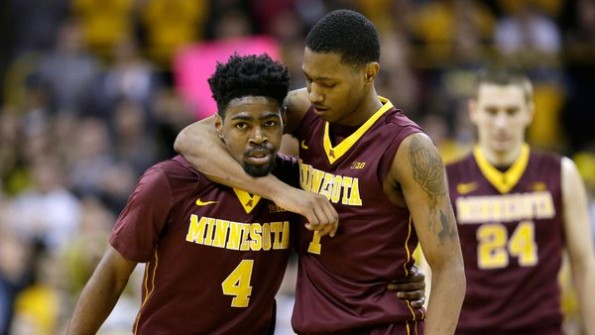 Social media has claimed yet another victim for doing something completely stupid. The culprits this time, 3 University of Minnesota basketball players who tweeted out something that should have never seen the light of day that ultimately got 3 players suspended for the rest of the year.

Minnesota coach Richard Pitino has suspended Kevin Dorsey, Nate Mason and Dupree McBrayer for the remainder of the season, per release.

In a statement, head coach Richard Pitino called the decision “the best thing for the basketball program” with regard to developing “a strong and respectful culture.”

How the videos came to light was a Twitter user informing a reporter:

One person who watched the vids shared what was on them on the Gopher Hole forum:

“I saw both of the videos. I apologize for being graphic but here it what I saw. In the two videos, two guys were double teaming a girl from the front and behind. In the second video, there was a different girl and Dorsey was taking the front while the other guy was doing her from behind. You could clearly see his face although he is the only one that I could see. Both videos were extremely graphic.”