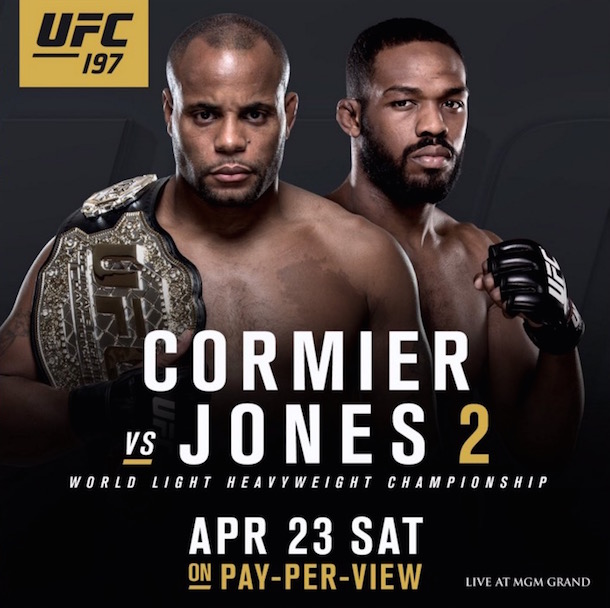 Before we get to Jon Jones trolling Daniel Cormier, let’s fill in the back story so everybody’s up to speed.

Jones beat Cormier at UFC 182 last January, retaining his light heavyweight title. Three days after the fight it was revealed that Jones had tested positive for cocaine the month before, but the result was not overturned because another test showed the coke was out of his system by the time of the fight. However, in April, just one month before he was scheduled to defend his title against Anthony Johnson, Jones was arrested in New Mexico for a hit-and-run and eventually sentenced to 18 months probation. So the UFC suspended Jones and stripped him of his title, and Cormier stepped in to fight Johnson at UFC 187, winning the vacated UFC light heavyweight title. But now Jones is back. The UFC re-instated him in October, and at UFC 197 on April 23 Jones will get his chance to win back his light heavyweight title from Daniel Cormier.

Oh, and there’s just one other thing. While Daniel Cormier is a mean fighting machine, he’s not known for being particularly lean. And sometimes people like to tease him about that.

On that note, let’s take a look at the photoshopped UFC 197 poster Jon Jones posted on Instagram Tuesday:

But Cormier didn’t take that lying down. He fired back with an Instagram post of his own. And while it has since been deleted, we all know that nothing every really gets deleted: 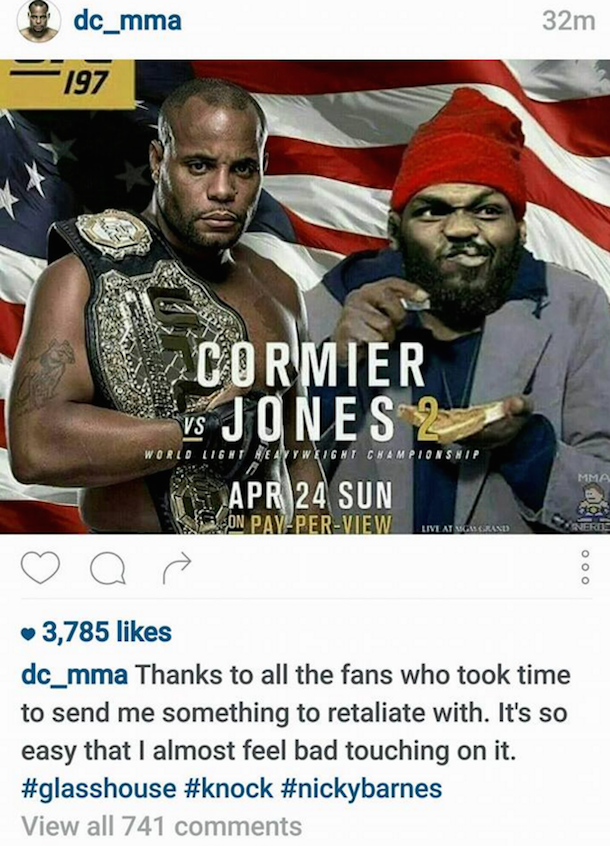 Jon “Bones” Jones as Dave Chappelle‘s Tyrone Biggums? I think I’m going to have to give this one to Cormier.

UPDATE: Jones fired back with an Instagram video criticizing Cormier for his lack of originality. But I still say Cormier got the best of this Instagram battle.