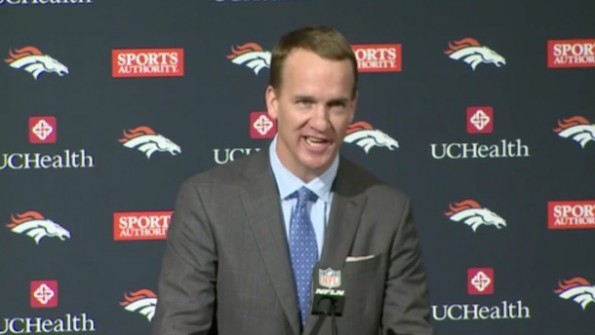 It’s official.  After 18 incredible seasons, Peyton Manning has retired from the NFL.

The former Indianapolis Colts and Denver Broncos quarterback made the announcement moments ago during a press conference in Denver.

During his emotional retirement speech, Manning struggled to hold back the tears as he thanked his former teammates, coaches, opponents, and his family.  Peyton also took a moment to list all of the things he will miss most about the game, like competing against the likes of Ed Reed, Troy Polamalu and Bill Belichick, shaking hands with Tom Brady after their battles, and the camaraderie he shared with his many teammates throughout the years.

Here he is listing all of the things he’s going to miss most about playing football:

And here are the rest of the highlights from Peyton Manning’s retirement press conference: