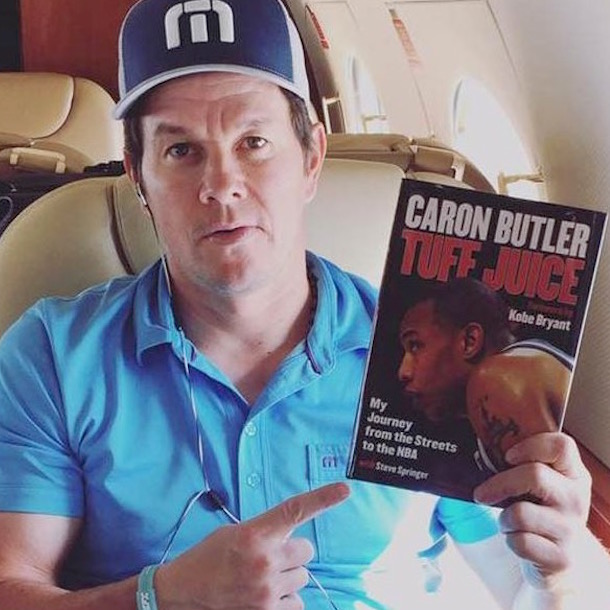 Caron Butler‘s life story if pretty damn amazing. Growing up in Racine, Wisconsin, Butler fell in with a bad crowd at a very young age. He started selling crack as a child and had been arrested 15 times by the time he was 15 years old. However, while serving time in a juvenile detention center, Butler decided that he was going to turn his life around. So he got a job at Burger King and dedicated himself to basketball, and eventually his hard work paid off. The kid who used to sell crack earned a scholarship to UConn, was selected with the 10th overall pick in the 2002 NBA Draft and, in 2011, won an NBA Championship with the Dallas Mavericks.

Now, if all goes well, this feel-good story will be turned into a movie. Caron Butler and Mark Wahlberg have signed a deal to develop a movie based on Butler’s autobiography, Tuff Juice: My Journey from the Streets to the NBA.

Butler and Wahlberg became friends during Butler’s stint with the Clippers from 2011-2013. When his book came out back in October, he sent Wahlberg a copy.

On Tuesday Butler released a statement via his PR firm.

“I wanted to tell my story because I’m living proof that it is possible to overcome adversity and make a better life for yourself and your family. The response from the book was overwhelming and when someone like Mark Wahlberg tells you that your life could be a movie, you listen.

“I’m excited to take the next step towards sharing my story with an even larger audience and it’s a blessing to have someone as well-known and respected as Mark Wahlberg by my side.”

Of course, there is no guarantee this movie will actually get made. Wahlberg and his production partners still have to find a writer, secure financing, and convince a studio to distribute it, and lots of projects die before they get to production.

That said, Hollywood is under a lot of pressure these days to make more movies starring black actors. And this is a fantastic story. So lets hope this one makes it to the silver screen.