This Johnny Manziel Farewell Tribute Is Both Hilarious and Sad (Video) 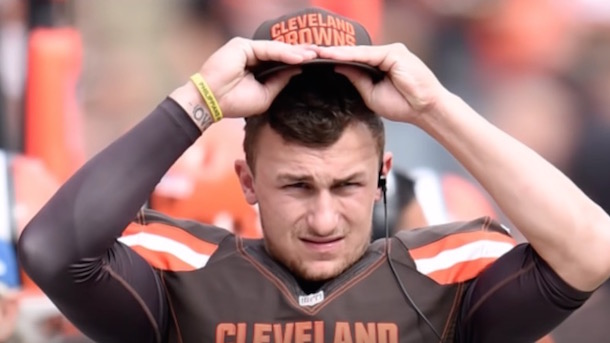 It’s also time for Browns fans to laugh at themselves for ever having any hope that somehow, just maybe, this guy could actually have been the answer to their team’s perennial quarterback problem.

That’s certainly what this Johnny Manziel farewell tribute video does. It starts out hilariously, with a montage of clips of Browns fans reacting joyously when the Browns drafted Manziel. Then about halfway through, as it transitions to a montage of headlines chronicling Manziel’s downward spiral into booze and domestic violence, it gets really, really depressing.

Come to think of it, with its slow progression from hilarious to depressing with a few sparks of hope sprinkled in, the video is not unlike the typical Cleveland Browns season.

Don’t worry, Browns fans. I’m sure your team will draft somebody good with the #2 overall pick this year!