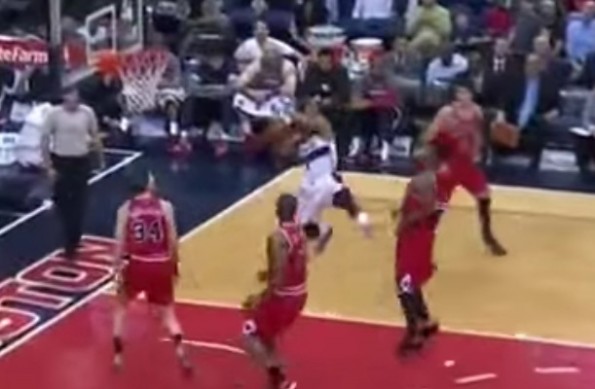 The Bulls squared off against the Wizards last night, which, judging by their records, was far from noteworthy. However, what is making headlines today is Ramon Sessions‘ terrible, terrible shot. I have watched the clip several times to figure out what went wrong, and it’s really not clear.

I can say with certainty that you shouldn’t attempt a slow pump fake while airborne. That’s not gonna work out well.

Take a look at the video and see if you can diagnose the problem:

My best guess would be that the Bulls were playing an invisible sixth man who rejected Sessions’ shot.

Or maybe he just became overwhelmed with the crippling ennui of life just as he was about to put the ball up, only to realize the pointlessness of it all, deciding instead to fall to the ground.