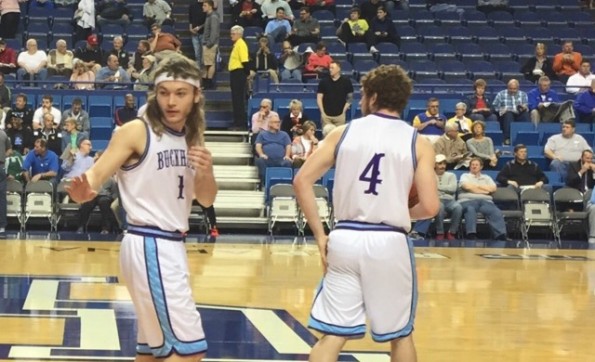 Not to be outshined by that 64-team (or 68…whatever) tournament that kicked off this week, Shannon Blank took to the court to remind the world that high school basketball still exists, and they’re having their own playoffs as well. How does he do that? With a mullet, naturally. An amazing mullet.

Shannon plays for Buckhorn, a high school in Kentucky, and the team’s head coach, John Noble, has some thoughts on what the mullet represents, beyond just a badass haircut

“I think the mullet has kind of come to represent what we’re about as a team. I think it’s made them tougher. If you’re going to wear a mullet in 2016, you better be prepared for what’s going to come with it.

That has included taunts from opposing student sections. Buckhorn’s players laugh it off. I don’t know if people realize it or not, but we’re in on the joke.”

Shannon Blank’s mullet is among the best I’ve seen in person. Buckhorn vs. Murray tip off Sweet Sixteen in 5 minutes pic.twitter.com/bpHEFcXbCY

And if you want to see the hair in action, check this clip: