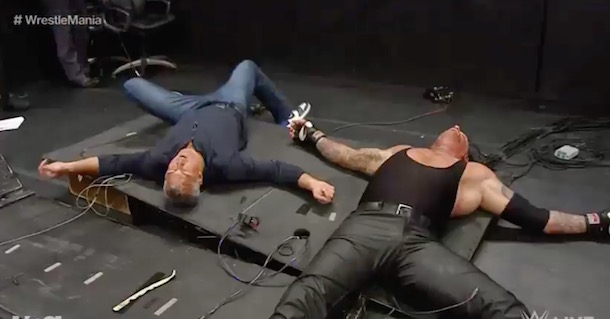 It’s not even WrestleMania yet and already Shane McMahon is pulling out the big guns.

Have a look at what he did to the Undertaker during tonight’s episode of WWE Monday Night Raw:

If Shane-O-Mac is pulling off moves like that on Raw, I can’t wait to see what he has in store for WrestleMania 32 on Sunday—where he’ll take on the Undertake inside Hell in a Cell.