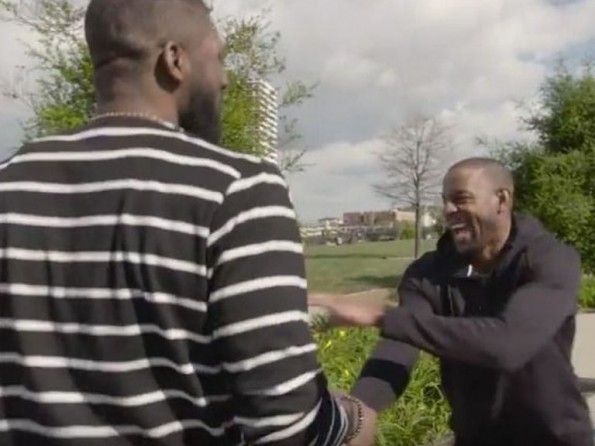 Ah, April Fools pranks are the best. The Golden State Warriors couldn’t wait for the actual day, so they decided to pull an epic April Fools prank on injured back-up center, Festus Ezeli. Along with a lyft driver and some radio broadcasters, the Warriors made Ezeli think he just got cut from the team.

“Lyft and Finals MVP Andre Iguodala created an extra-special edition of Prank Mode. One where Andre’s teammate, Festus Ezeli, was lead to believe he’d been released from the team, just before the playoffs. The stunt even featured The Murph and Mac Show, who broke the news while Festus listened in.”