Shaq Says D’Angelo Russell Has No ‘Street Common Sense’; “I Would Have Beat… 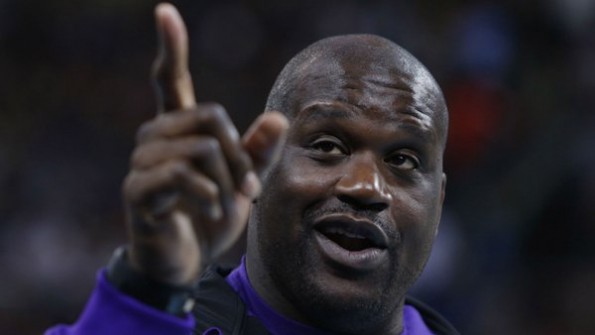 This entire Nick Young-D’Angelo Russell scandal brought back memories of a 2004 Lakers squad that dealt with something similar in regards to a teammate outing another teammate.

If there is anyone in the sports world that knows about getting snitched on, it’s former Los Angeles Lakers center Shaquille O’Neal. Back in ’04, when Kobe Bryant was going through his rape ordeal, he told detectives his teammate Shaq paid off several women to keep them quiet so his wife wouldn’t find out about his extramarital affairs.

The big Aristotle spoke about the Young / Russell ordeal on an upcoming episode of ‘THE BIG Podcast with Shaq’:

“That was an accident … Let me explain why. The youngsters are so big into getting followers, whatever the hell that means. I’ve got 20 million followers, and I still don’t really know what that means. But the youngsters are so interested in getting followers to make them feel important. He wasn’t even thinking about it. He was just thinking about, ‘Hey, I got Nick Young on my couch. Boom, boom, boom. Let me record it and put it on Snapchat.’

It’s all about getting new followers, John, with these youngsters. He wasn’t trying to – ‘Oh he’s marrying Iggy. I want Iggy. Let me rot him out.’ Did he intentionally try and do it? No … I don’t know where this D’Angelo kid is from. Obviously he has no street common sense. That’s called snitching … I wouldn’t have said nothin’. I would have come into the locker room that day and got suspended. I’d have beat the [ruffles papers] …”

If only social media was around when Kobe & Shaq beef popped off.