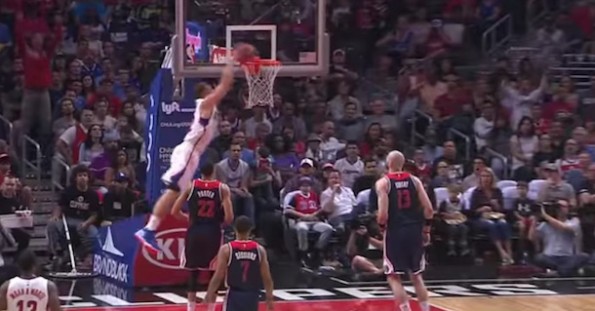 Blake Griffin has been out of the Los Angeles Clippers lineup for over three months due to hand and quad injuries (along with a four-game suspension for punching the team’s equipment manager), but he made his long awaited return to the lineup on Sunday during a home game against the Washington Wizards.

And it didn’t take him long to get reacquainted with teammate Chris Paul…and the opposition’s rim.

Griffin finished with six points, five rebounds and four assists in 25 minutes of play. And, perhaps more importantly, the Clippers won the game, 114-109.