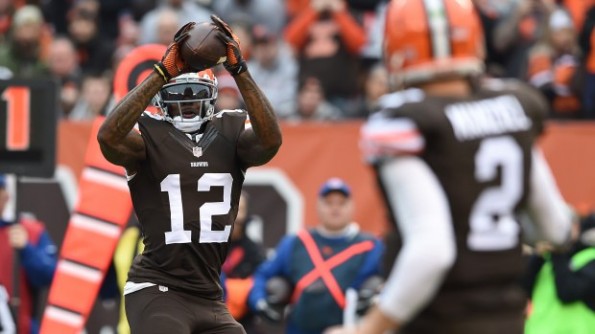 With the news of Johnny Manziel reportedly rooming with already suspended Browns WR Josh Gordon, this news of him failing another drug test shouldn’t be too surprising.

#Browns WR Josh Gordon did fail another drug test a month ago, as @MikeGarafolo said. Explains why he hasn’t been reinstated yet.

Gordon seems to be doing everything he possibly can to end his NFL career because he can’t stop smoking weed. Taking a page out of former NFL RB Ricky Williams playbook. He got high and forgot he wasn’t supposed to get high.

“Fox Sports, which first reported the news, cited a source informed of the test results that Gordon’s sample was positive for marijuana and dilute. Both Gordon’s “A” and “B” samples were positive for marijuana and dilute, Fox Sports reported. According to the report, the level of marijuana in the wide receiver’s system was below the 35 nanogram threshold but the diluted sample is the same as a positive test by the NFL’s standards.”