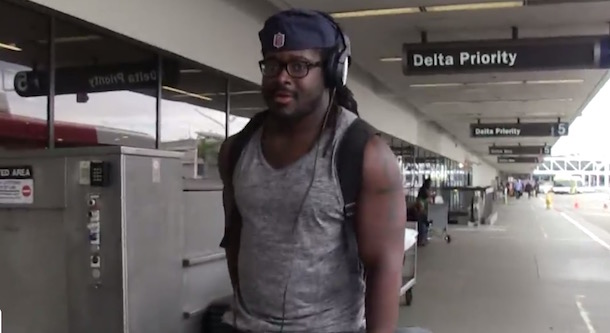 The good news is Lacy has done it. He was already looking pretty damn good last month after just six weeks with P90X creator Tony Horton. Now come reports saying Lacy impressed the hell out of Packers teammates and coaches when he showed up for the start of the team’s offseason program having lost 15-18 pounds.

Check out these photos from an alumni event at Alabama over the weekend:

I have the best job in the world. #RollTide pic.twitter.com/zDgwzTNpW3

“I think Eddie looks good, man,” Packers defensive end Mike Daniels told ESPN. “We’ll see when the pads come on and everything, but I do think he’s a guy who rises to the occasion. He comes from a great program where they do things the right way. He came under a lot of fire, so I think he’s a guy that he got put on the spot and he responded.”

Maybe the Red Sox can get Tony Horton to help Kung Fu Panda?