Reporter Tries To Bait Draymond Into Comparing Play To Houston Floods; Green Rips Into Him (Video) 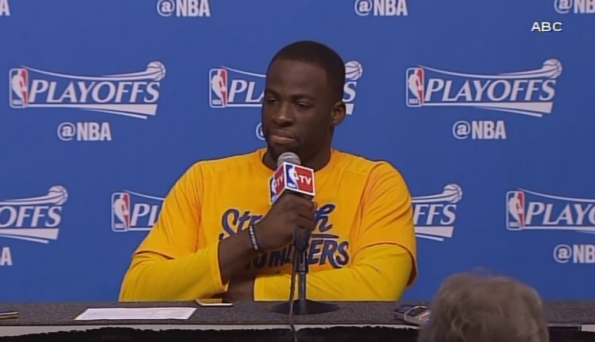 On Sunday, the Golden State Warriors hit an NBA record 21 three-pointers en route to a 121-94 win and a commanding 3-1 series lead over the Houston Rockets. Warriors F Draymond Green had four of those 3’s & 18 points total in the game.

After the game, Draymond ripped into a reporter who tried his best to get a controversial statement out of him, basically asking him to compare their play to the recent Houston floods that have claimed 8 lives.

“You’re trying to get a controversial statement out of me,” Green told the reporter. “But you’re not, because I feel sorry for the people of Houston.”