NFL Drops First Trailer for Los Angeles Rams Hard Knocks, and STL Fans May Not Want to See It (Video) 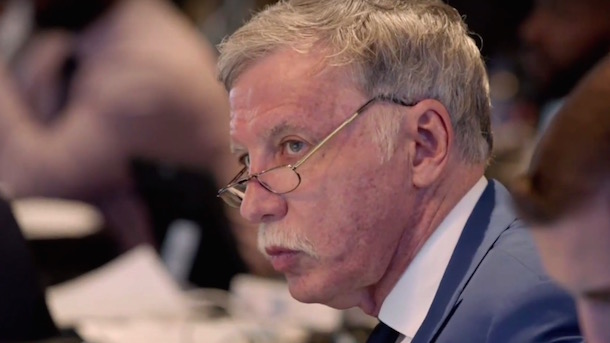 The NFL has released the first trailer for the Los Angeles Rams edition of Hard Knocks. They’ve only had like one round of workouts since the big relocation announcement, and the show won’t premiere on HBO until August 8, but they shot some footage of people packing boxes and loading moving vans in St. Louis, threw it together with some footage of the NFL draft, and whammo. Trailer

Wow, right? It’s so hard to pick my favorite part. It might be when coach Jeff Fisher tells the players that “the most important thing is you” (LOL fans), or proclaims that the Rams are going to win “a bunch of games” with no. 1 overall pick Jared Goff (sure you are, Jeff). Or it might be that closeup shot of Rams owner, Penisface McHaircut (real name Stan Kroenke), or maybe that shot of the beach at the end, which implies that somehow the Rams aren’t going to be terrible any more just because the players live near the ocean.

In all seriousness, though, this should be a really great edition of Hard Knocks given all the turmoil surrounding the Rams this year. Unless you live in St. Louis, of course. If you live there, maybe just cancel your subscription to HBO after the season finale of Game of Thrones.