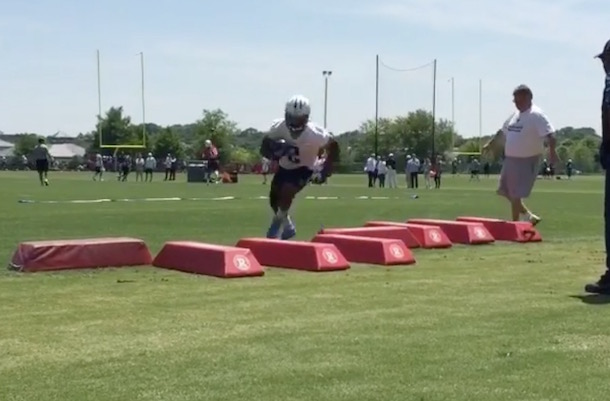 Being the monster that he is, Derrick Henry is fully capable of running over a defender or two.  But the real question will be whether or not the Tennessee Titans’ rookie running back can run around or past NFL defenders once he takes the field in September.

At the moment, the answer to that question is a resounding “NO,” judging by this footage of Henry at Titans Camp earlier this week:

They say you can’t teach foot-speed, but the Titans coaching staff is going to have to find a way to do it anyway if they want to see their second-round pick turn into a franchise running back (rather than an even slower version of Fat Eddie Lacy, before he got skinny).