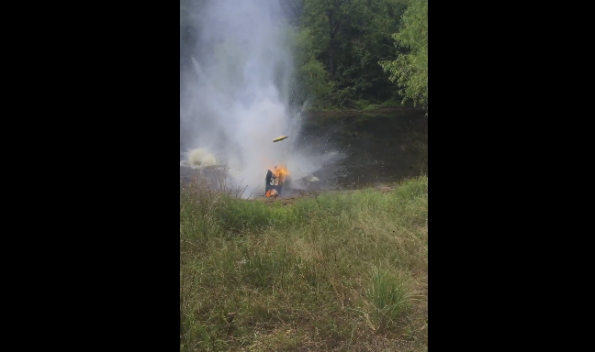 On Monday, Kevin Durant left the Oklahoma City Thunder in hopes of winning a ring with the Golden State Warriors.

So far today, we’ve seen OKC fans ranting on social media, burning KD’s jersey, and arguing with each other about whether or not Durant is a traitor. One OKC fan even went to Durant’s home, wrote “coward” on a sign, and left that and his jerseys on his property.

All of the above are actually minor compared to what Twitter user @WestinWood did to Durant’s jersey on Monday. He and some friends soaked a KD jersey in lighter fluid, and released their anger on it with AR’15’s, shotguns, and pistols.