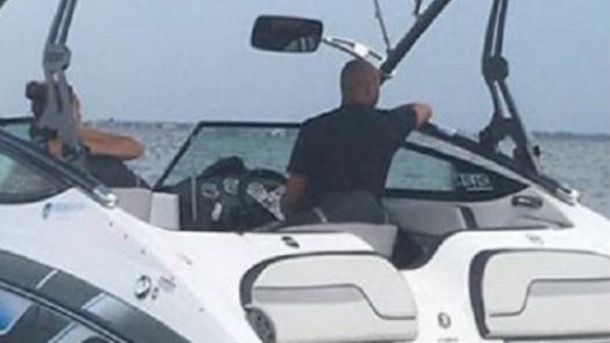 Yankees legend Derek Jeter is a security threat to the United States of America. Or at least he was for a brief period on Monday.

Jeter spent the Fourth of July boating with fiancée Hannah Davis in his home town of Tampa Bay. However, while the guy was an excellent captain on the diamond, he’s not such a great captain on the water. You see, Jeter accidentally piloted his speed boat into the restricted waters around Tampa’s MacDill Airforce Base. As a result, the boat cops pulled him over and gave him a $250 ticket.

How do we know all this? Because somebody named Dustin Worell—presumably either a police officer or a friend of a police officer—posted a photo of Jeter and his ticket on Facebook.

The caption? “On behalf of the Boston Red Sox, here is your ticket Derek Jeter.” 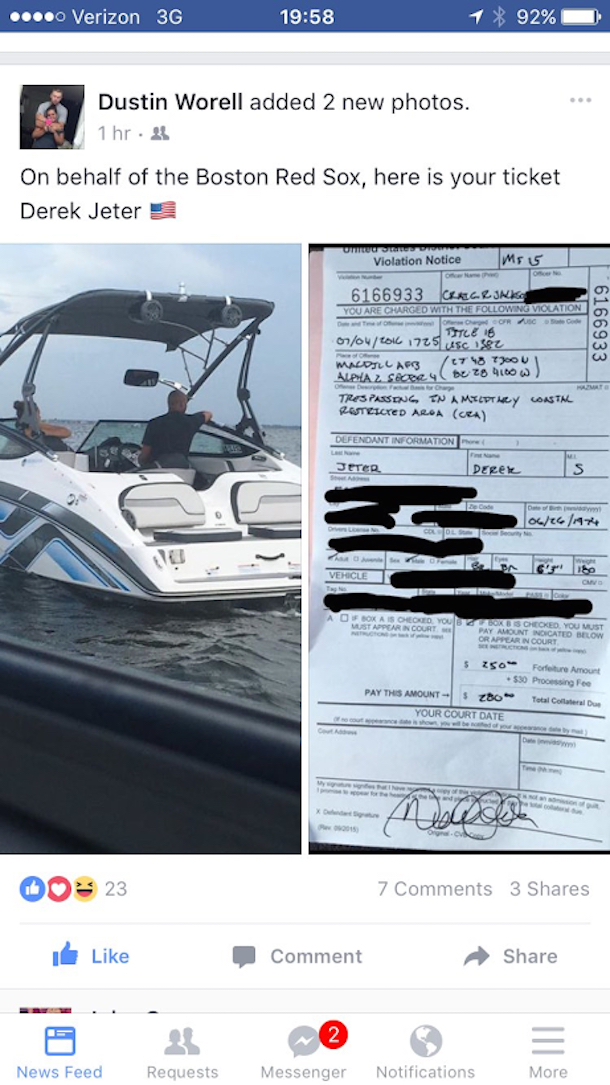 Here’s a close-up of the ticket:

Of course, this infraction is probably not going to land Jeter on the no-fly list. But it’s still pretty funny.

And Derek, if you’re reading this, I did a quick Google search and found a map of restricted waters in Tampa Bay. You may want to study it before heading back out on the water: 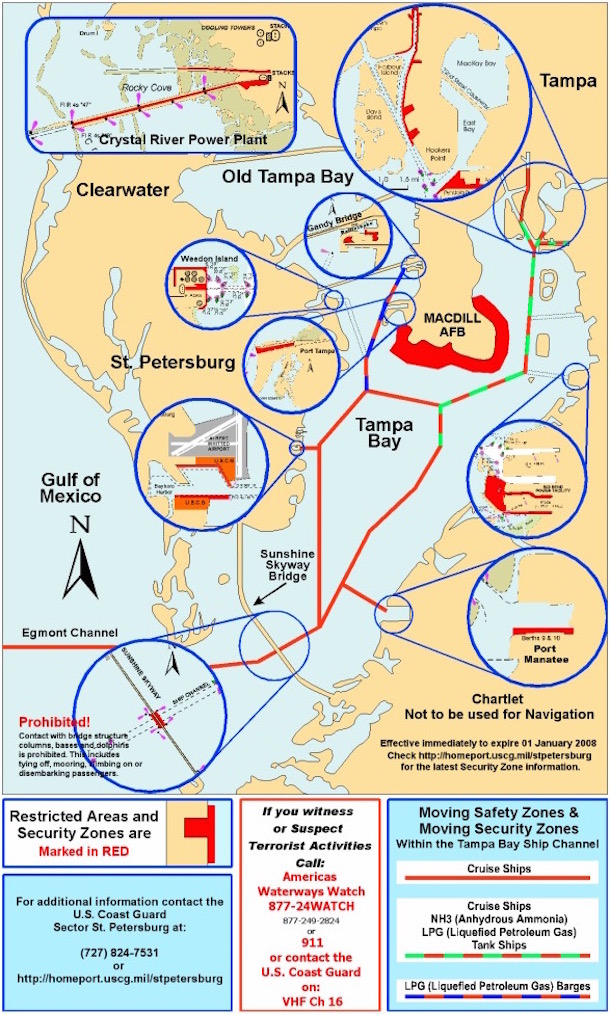