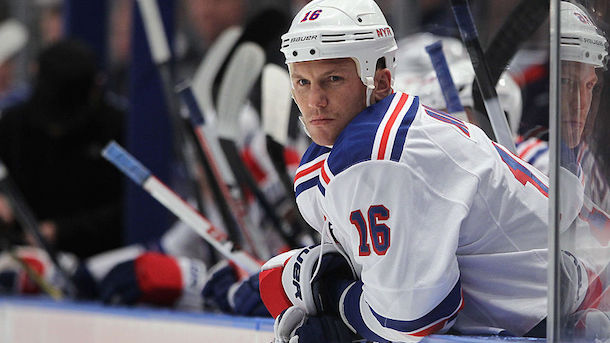 Sean Avery retired from the NHL over four years ago, but you’ll be happy to know he isn’t any less of a douchebag. A few years ago Avery made some headlines by flipping out on a stage hand at the off-broadway play in which he was performing. Now he’s gone and published a video of himself harassing homeless people on Snapchat.

In the video, Avery—a guy who once got suspended for six games for referring to another player’s wife as his “sloppy seconds“—goes around waking up homeless people to ask them if they know what time it is.

Why? Well, I’m not a psychologist, but I’d say Avery likes to make himself feel better by dumping on people who have it worse than him. I’d also say Avery craves attention, and if he can’t get it by being nice, he’ll get it by being a giant back of dicks. But that’s just me.

Take a look at the video:

Not surprisingly, people on Twitter were quick to call out Avery for his douchebaggery:

@imseanavery acting like a clown….. In other news, water is wet and the sky is blue.

Also not surprisingly, instead of apologizing, Sean Avery doubled down and defended his actions…with the help of a dictionary:

Harassment (the act of systematic and/or continued unwanted and annoying actions of one party or a group, including THREATS and DEMANDS)

Next time someone asks me for the time while I’m standing on the street I’m calling the police….#Harrasement

Seriously, what a shithead.