>Total Pro Sports
NBA
Charles Barkley: ‘Can’t Demand Respect From White People & The Cops If We Don’t Respect Each Other’

Charles Barkley: ‘Can’t Demand Respect From White People & The Cops If We Don’t Respect Each Other’ 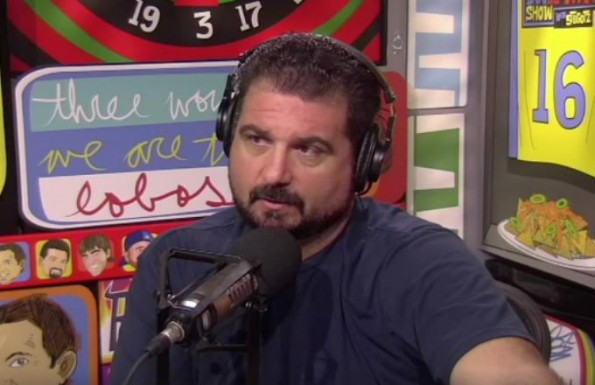 Former NBA power forward Charles Barkley has never been afraid to speak on controversial topics, because he doesn’t care about how people feel or the repercussions and it makes for great TV or radio. Barkley’s opinion extends further than basketball topics, as he displayed during an appearance on ESPN Radio’s The Dan Le Batard Show With Stugotz.

Barkley hit on a topic that has been hot in the news lately and that’s cops shooting black people and the guy in Dallas killing police officers in retaliation.

I respect and admire what cops do. My bodyguard is a cop, a black cop. We talk about situations all the time. One of the problems with this stuff is the media—all these people are Monday morning quarterbacks. Do you know what they are, Dan? They’re Monday morning quarterbacks, because they don’t have the stones to play on Sunday. Everybody says what I would do or what I should do. I think some of these cops are panicking under pressure. I had a real in-depth conversation with my bodyguard about the gun thing in Minnesota. You know, Dan, I’m a gun guy, and he always warns me. He says, ‘Do not put your ID where your gun is.’ He says, ‘What I think…’ He says, ‘Whether we think the cop is right or wrong…’ First of all, everything is happening in fast motion. Everybody gets to sit back and see what happens. He says, ‘What I think happened is that guy said, Can I have your ID?’ And then the next thing he said is, ‘I have a gun,’ and he reaches. And I think the cop just panicked.

Le Batard: I know, but Charles, they’re more likely to panic around black people because there’s a fear…

Barkley: Well, Dan, because in fairness, because some black people out there are crooks. You can’t sit there and act like all these—and first of all, I’m not saying in that situation—there’s a reason there’s some…and I’m not saying that’s right, either. There is some reason why there’s racial stereotypes because some of these black people out there are committing crimes. Let’s don’t sit there and act like all our hands are clean.

Le Batard: I know, but Charles, you can’t be profiling like that. I understand…

Barkley: Dan, these guys are dealing with criminals everyday, and that’s easy for you to say. That’s easy for you to say. And like I said, I’m not saying they should racially profile guys. But I’m saying we can’t jump to conclusions every time, like, just because a guy is black. First of all, there is racial profiling. There has always been racism. First of all, there’s racism on both sides, let’s get that straight. But to just assume…First of all, if you go back and look at that thing in Louisiana, I think those cops clearly overreacted, but there’s no doubt in my mind that if I’m fighting with a guy and I hear somebody scream “Gun!” and I got a gun, I’m going to shoot the guy. And like I said, the cops probably did overreact in both situations, but we got to look at the big picture. Let’s work with the cops, because we need the cops, Dan. If it wasn’t for the cops, we would be living in the Wild, Wild West. And let me get this straight: Cops have made mistakes, but as a black person, every time you…hey, listen, we still got to do better. But like I say, why don’t black people get mad when we kill each other? I’m not trying to deflect or place blame, that’s just a fact.

Barkley: It is true, Dan. Dan, first of all, you’re not black.

Barkley: We don’t have near the outrage we do when a white cop kills somebody. Dan, I been black my whole life, and most black people I know are killed by other black people. And I never understood why there’s not more outrage about the way we treat each other as black people.

Le Batard: It can be both, Charles.