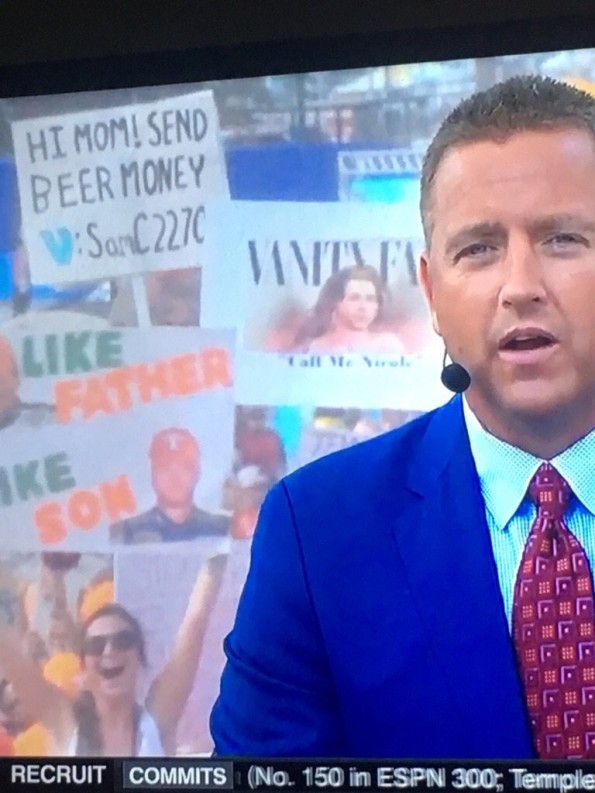 Genius of the day goes to Sam Crowder, who held up a sign during College Gameday prior to the battle at Bristol between the Virginia Tech Hokies and the Tennessee Vols.

The sign was simple and to the point.  And it was directed to his mom:

More than 200 people have paid this kid. We counted. pic.twitter.com/2Hxm5HtgRR

Although that caption says 200, it’s actually closer to 400 people that have sent him money on the App Venmo.

This is absurd. Genius. pic.twitter.com/GpShMSqIFa