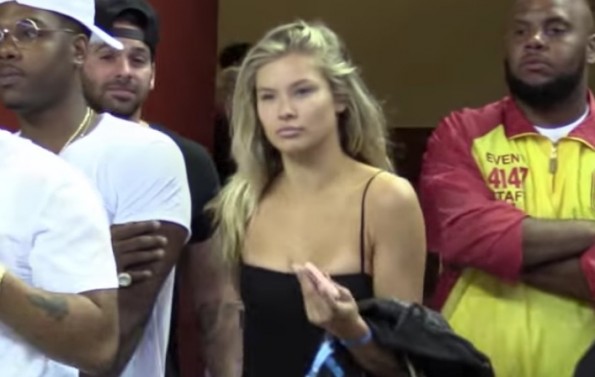 Jose Canseco’s done a lot of things wrong in his life. Like, most things, actually. But he seems to have been an okay parent, by all accounts.

His daughter, Josie Canseco (really?), was spotted a couple nights ago at a charity basketball game by Power 106 at USC in LA. She was their to support her boyfriend, Mike Stud, and it’s almost hard to believe she’s her father’s daughter. Stud’s a recording artist and had been invited to participate in the event.

Here she is with a camera trained on her while she tries to find her way courtside:

To whomever was tracking her down and filming her: Kinda creepy, man. Let her find her seat in piece.