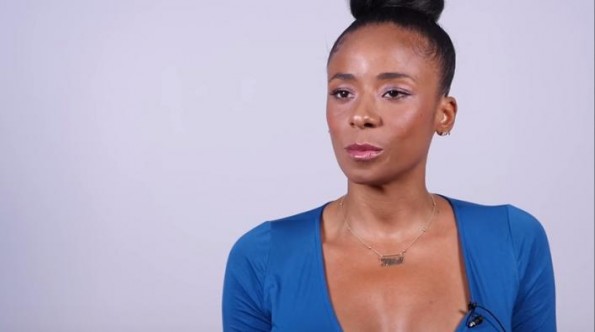 Tampa Bay Buccaneers cornerback Brent Grimes’ wife,  Miko Grimes, has never been one to hold her tongue about anything, especially when it comes to her husband. Any chance she gets, she will tell us just how much Miami Dolphins QB Ryan Tannehill sucks and how horrible the Dolphins front office is, which probably led to the Dolphins releasing Brent in the first place.

Miko recently did an interview with VLADTv and proceeded to blast the Seattle Seahawks decision to lock arms during the National Anthem on 9/11 instead of showing support for San Francisco 49ers QB Colin Kaepernick.

“we’re gonna lock arms and stand in unity for social justice and peace for all” BIG FUCKING WHOOP!!! U guys are a bunch of pussies!

She hated that decision so bad, she actually wanted the Miami Dolphins to win, and she hates them.

I really wanted the Dolphins to win. Smh! Oh well.

Can i get a score update for the dolphins/seapussies game?

No shade seahawks fans… I like ur entire team when they’re playing football. Just didnt know so many pussies were on the team.