The Only Thing Worse Than the Rams Is the Fan Experience at the L.A. Coliseum
NFL

The Only Thing Worse Than the Rams Is the Fan Experience at the L.A. Coliseum

The Rams may have won their first game in Los Angeles on Sunday, but that doesn’t mean their fans weren’t miserable. And I’m not just talking about the fact that the game itself was a 9-3 snoozefest.

According to people who were there, the fan experience at the Los Angeles Memorial Coliseum was a total disaster. The crowd control was atrocious, the staff ranged from inexperienced to incompetent and, on a scorching 90-degree day under the blazing Southern California sun, the concession stands RAN OUT OF WATER halfway through the game.

Oh, and apparently the water they did have was warm. Nice!

Check out some of the reviews posted on the L.A. Coliseum’s Facebook page: 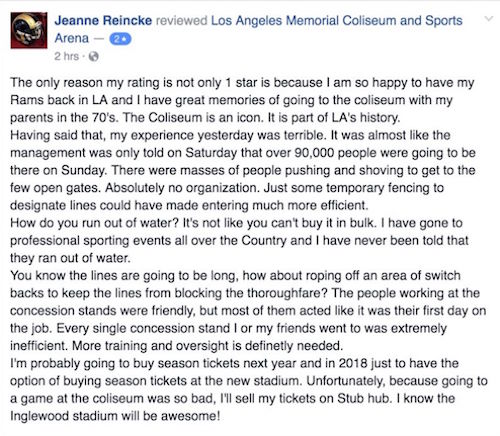 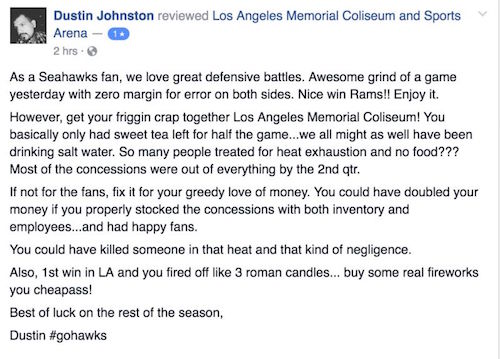 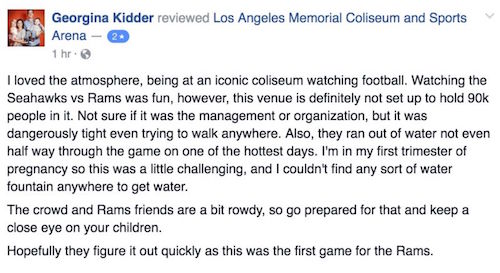 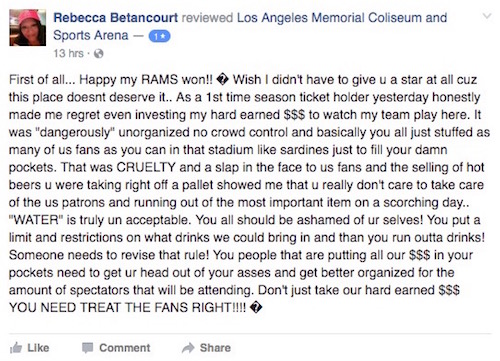 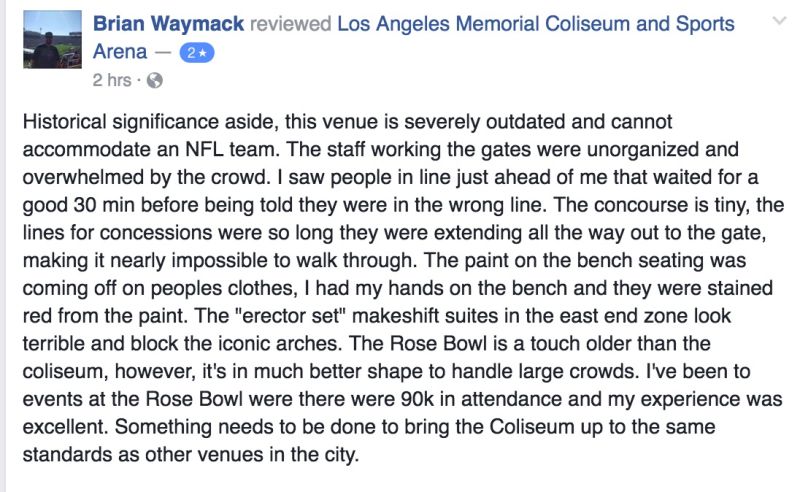 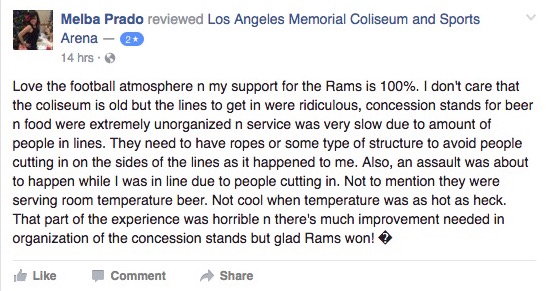 Packed concourses, insane concession lines, crazy parking, $16 beer, and no water? That Stan Kroenke sure knows how to show fans a good time. I can’t wait to see what attendance is like in December, when the Rams are 4-8.

Do you hear that? That’s the sound of every man, woman, and child in St. Louis laughing.