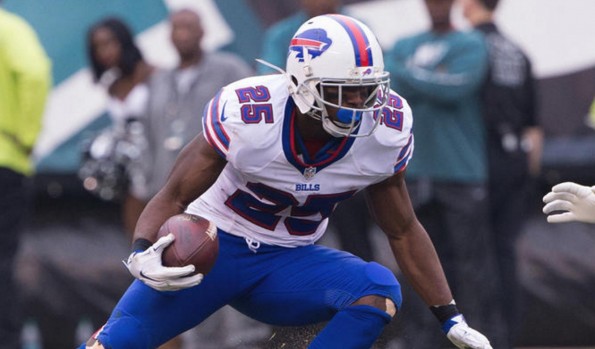 As the San Francisco 49ers get set to play the Buffalo Bills at Ralph Wilson Stadium on Sunday, a change has been made at QB for the struggling squad as controversial QB Colin Kaepernick gets ready to play for the first time this season in place of struggling starter Blaine Gabbert.

Just one day after announcing the change, Buffalo Bills running back LeSean McCoy decided he wanted to invite a large number of police officers to the game on Sunday to show his appreciation for the men and women in uniform.

Shady: “I’m inviting 15 or 20 Buffalo Police to Sunday’s game through my foundation to show appreciation, as well as inner city kids.” https://t.co/rzL2SUzOTA

While it may seem that this is a direct shot at Colin Kaepernick and his ongoing protest against cop involved shootings and racial injustice, this event was actually planned well before the 49ers announcement of a QB change.

“I’m going to invite some police to the game, about 15 or 20, McCoy said. “Just an appreciation thing. They’re taking so much heat right now, and there’s things that have happened that are definitely wrong, but I just feel like there’s always bad people and good people. There’s good cops and there’s bad cops.”