Clearly, Schilling is a devout Trump fan and will do anything to get him votes, like have a Trump rally in Boston on Saturday.  That event brought out an entire crowd of 15 people to show their support.

Schilling was visibly upset as the crowd went mild.

Tens of people at Curt Schilling’s Trump Rally! Must be the weather! pic.twitter.com/1BywnepYyo 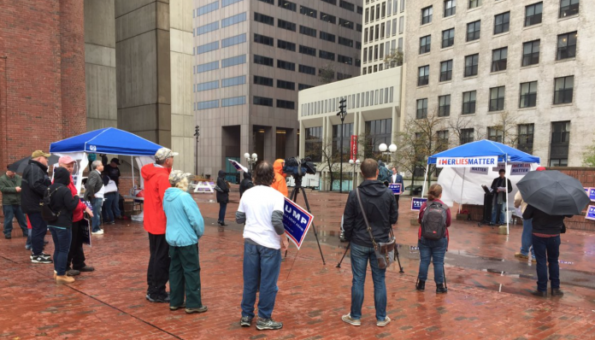