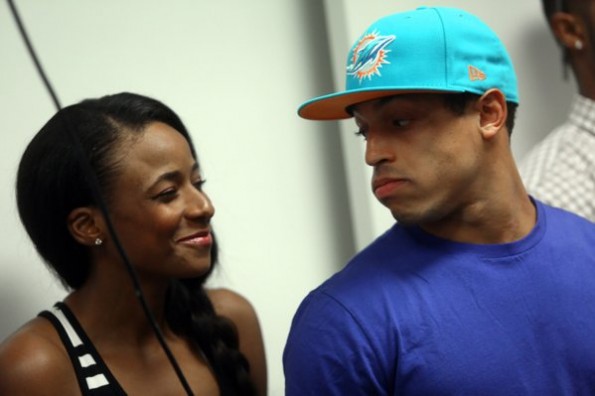 Tampa Bay Bucs WR Mike Evans says he refuses to stand for the National Anthem in protest of Donald Trump becoming the next President of the United States.

His actions and comments upset ESPN’s Sage Steele, who proceeded to tweet this to him: 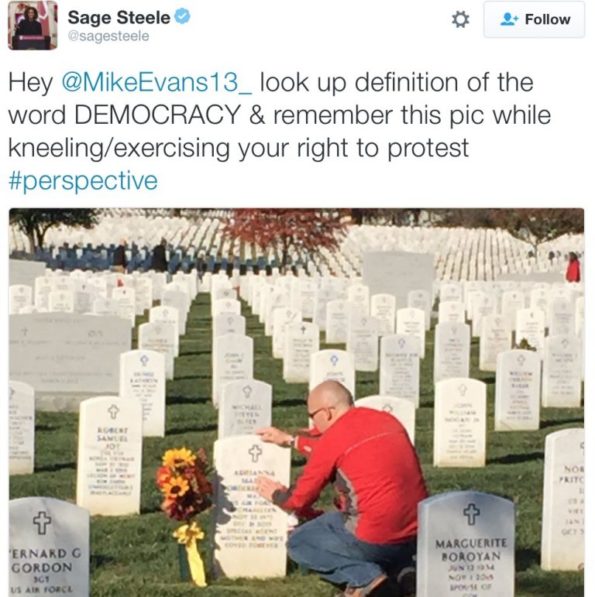 The wife of Tampa Bay Bucs CB Brent Grimes, Miko, took to Twitter as she always does and unleashed holy hell on Sage Steele for her comment, and she did not let up.

@sagesteele @MikeEvans13_ Sage u need to back up! I respect u as a black female sports reporter but ur WRONG! Dont make me come for u!

That’s about as nice as it got right there. 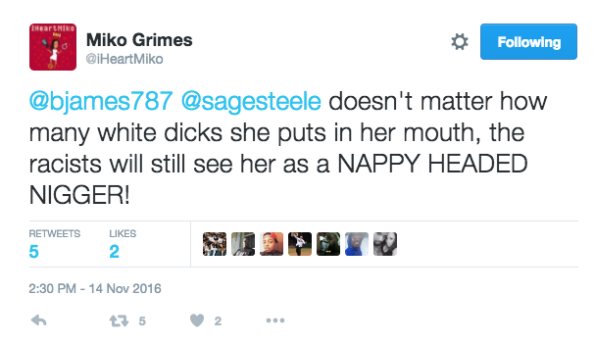 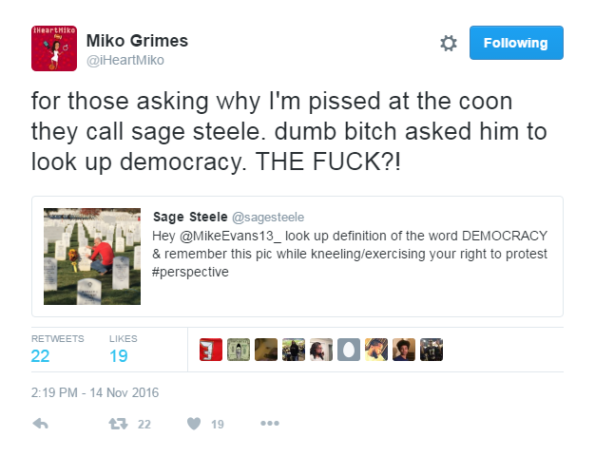 Now u wanna talk about politics and the military? STFU! U have officially pissed me the fuck off! Cooning ass bitch! @sagesteelehttps://t.co/Kaa54eOwpM — Miko Grimes (@iHeartMiko) November 14, 2016