>Total Pro Sports
NFL
Dak Prescott’s Playboy Model GF Calls Him Out For Being Fake Humble; Claims She Was Hacked

Dak Prescott’s Playboy Model GF Calls Him Out For Being Fake Humble; Claims She Was Hacked

She was in attendance this past Sunday when the Cowboys defeated the Baltimore Ravens and it seemed like she was having a good time.

Towards the end of the game, many showed the video of how humble Dak was when he threw a cup at a trash can, missed, and got up to throw it away. He was praised for having high character.

His girlfriend took to Twitter and proceeded to throw shots at him for whatever reason right after: 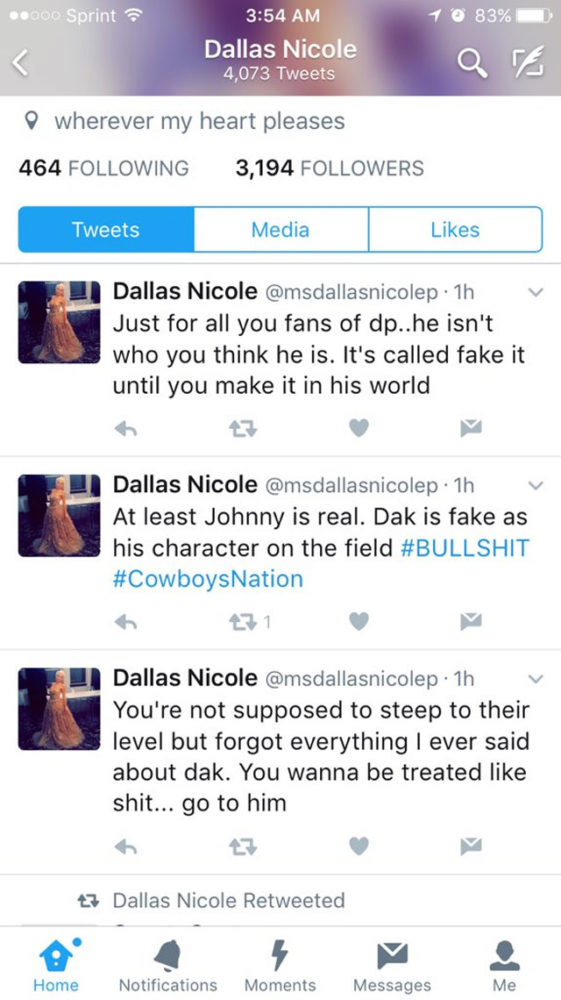 She deleted everything and on Monday, she claimed she was hacked:

She then admitted she sent them, but was under the influence of alcohol:

I’ll be first to admit my wrongs, I was a little drunk nobody’s perfect I know y’all send drunk texts.. or tweets. I don’t feel that way

So I’m sorry and embarrassed….. but I don’t feel that way look at the rest of my tweets