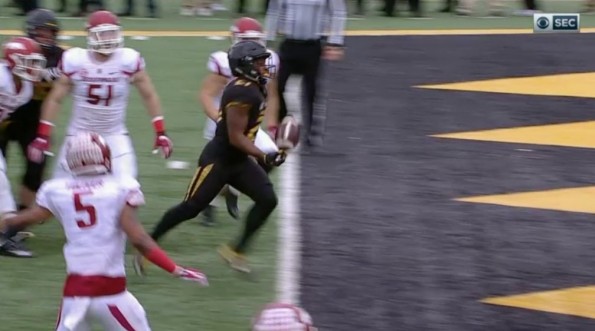 It happened yet again.

Players keep dropping the ball before they get the actual touchdown and it happened yet again on Friday during a game between the Missouri Tigers and Arkansas Razorbacks.

Missouri running back Ish Witter had a sure fire TD, but he forgot to bring the ball all the way into the end zone.  Luckily for him, his teammate J’Mon Moore had his back and recovered it in the end zone.