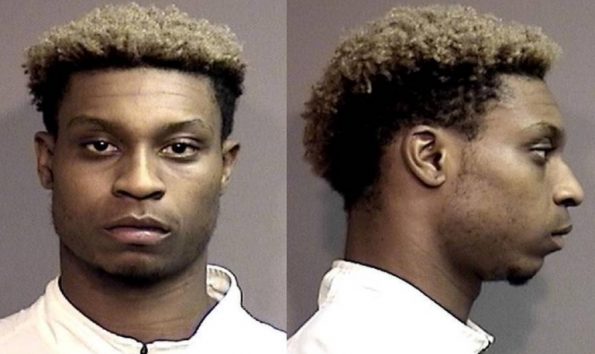 You know a good way to get yourself in a bunch of trouble on top of possibly losing whatever scholarship you have? Punch a woman in the face. That’ll do it.

Missouri Tigers wide receiver Keyon Dilosa found that out the hard way after he was arrested Wednesday on suspicion of third-degree domestic assault for allegedly punching a woman in the face with a closed fist in downtown Columbia.

“Missouri sophomore wide receiver Keyon Dilosa was arrested early Wednesday morning outside a Columbia bar on suspicion of domestic assault in the third degree after a witness allegedly saw Dilosa hit a 20-year-old woman in the face.

According to the Columbia Police Department, officers were dispatched to Harpo’s shortly after midnight in response to reports of a physical disturbance.

Police found a witness who saw Dilosa and the woman in a verbal argument outside the bar before seeing Dilosa allegedly “strike the victim one time in the face with a closed fist.” Bystanders restrained Dilosa until officers arrived, according to the witness.”

A #Mizzou spokesman confirms WR Keyon Dilosa has been dismissed from the football team. #abc17

Mizzou won’t be missing anything as Dilosa caught only two passes for 7 yards this season.