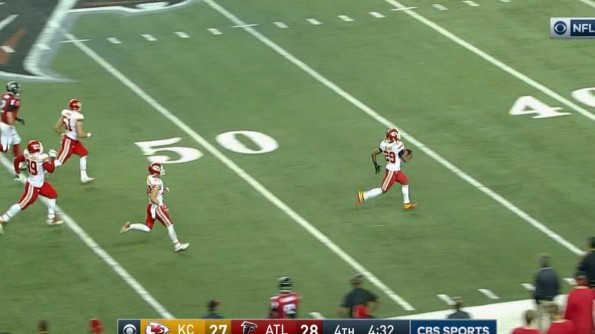 It was right there for the taking for the Atlanta Falcons.  If only they had kicked the extra-point after taking a 28-27 lead over the Chiefs on a late touchdown.

But the Falcons went for two, and Kansas City Chiefs safety Eric Berry picked off a Matt Ryan pass and took it the length of the field in the opposite direction for a ‘Pick-2,’ giving KC a 29-28 lead, which they would not surrender.

Matt Ryan goes for 2. Eric Berry has other plans pic.twitter.com/taPMPLeqaz