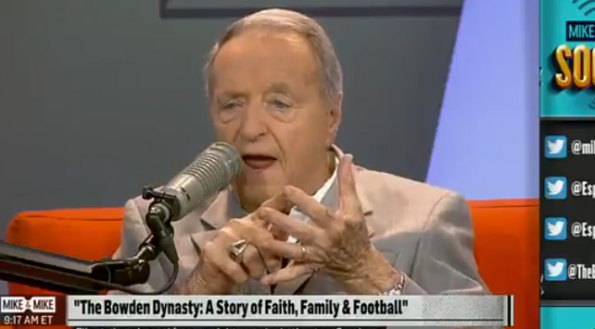 Former longtime Florida State Seminoles coach Bobby Bowden was a guest on the ‘Mike & Mike’ show Wednesday morning when he dropped some of his knowledge on men who wore or wear earrings.

Bowden believes most men who were raised by their mother wanted to be a man like their mama, which is why they wear earrings—because their dad’s weren’t around.

A bunch of awkward laughing ensues…