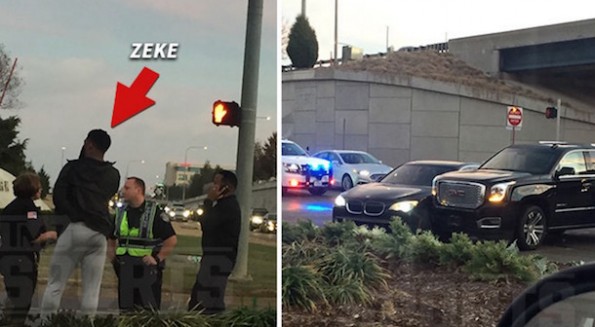 Yesterday, Cowboys fans received a bit of a scare when they heard that rookie running back Ezekiel Elliott was involved in a car accident on his way to the team’s practice facility.

Luckily, it appears as though everyone walked away unscathed, but judging from the 9-1-1 calls that have since been released from the accident, it sounds like the team’s fans weren’t the only ones who received a bit of a scare.

Listen in as one of the witnesses claims Zeke’s Yukon truck ran right through a red light and nearly hit her car before colliding with another vehicle: