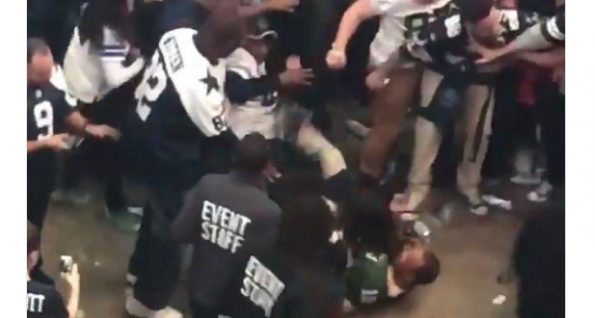 Looks like Dallas Cowboys fans don’t know how to handle an L.

After the top-seeded Dallas Cowboys lost at home to the Green Bay Packers in the NFC Divisional game, chaos ensued right after.

There was a wave of emotions throughout the stadium and the last thing Cowboys fans wanted to hear were Packers fans rubbing it in immediately after the thrilling contest.