>Total Pro Sports
Wrestling
WWE’s Randy Orton Curses Out & Grabs Fan Who Took His Picture While at The Gym; Fan Speaks Out

WWE’s Randy Orton Curses Out & Grabs Fan Who Took His Picture While at The Gym; Fan Speaks Out

One fan almost caught an RKO out of nowhere when he encountered WWE superstar Randy Orton at a gym that he worked out at.

Longtime fan Anthony Martin simply wanted a picture of his favorite WWE superstar, but what he got was a heated confrontation that almost got physical—all over taking an unwanted photo.

“I approached him by myself and said, ‘Can I get a picture of you?,’” Martin said. “He gave me a fist bump and replied, ‘Sorry. I can’t hear you,’ pointing to his ear phones. We went our separate ways.”

Martin decided to step back out of view and snap a photo anyway. He was caught red-handed. 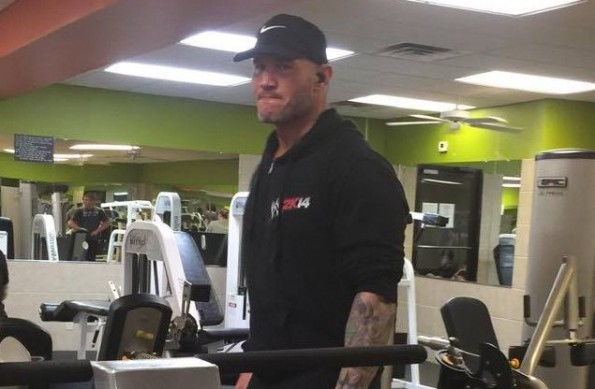 Orton was clearly pissed about the photo and Martin found out just how much.

One of Martin’s buddies described what he saw.

“(Orton) said, ‘I can’t hear you, bro,’ and walked away,” Halstead said. “So Anthony walked back and took a picture anyways and then Randy came over to Anthony, grabbed his hand and was belittling Anthony and pretty much was saying m’fer this, m’fer that.”

“I stepped with him knowing that if he was going to hit me that he had no power if I stayed close,” Martin said. “My three friends were very close behind and then he said “F*** it. Keep the f**king picture. Enjoy your workout.’”

Martin believes Orton overreacted as he meant no harm in taking the photo.

“I just thought it was awesome that a WWE superstar was working out in the same gym as me,” Martin said. “He way over reacted and could have handled himself a little more professional. It’s not like he was in the ring and having to be a tough guy in front of thousands of people.”